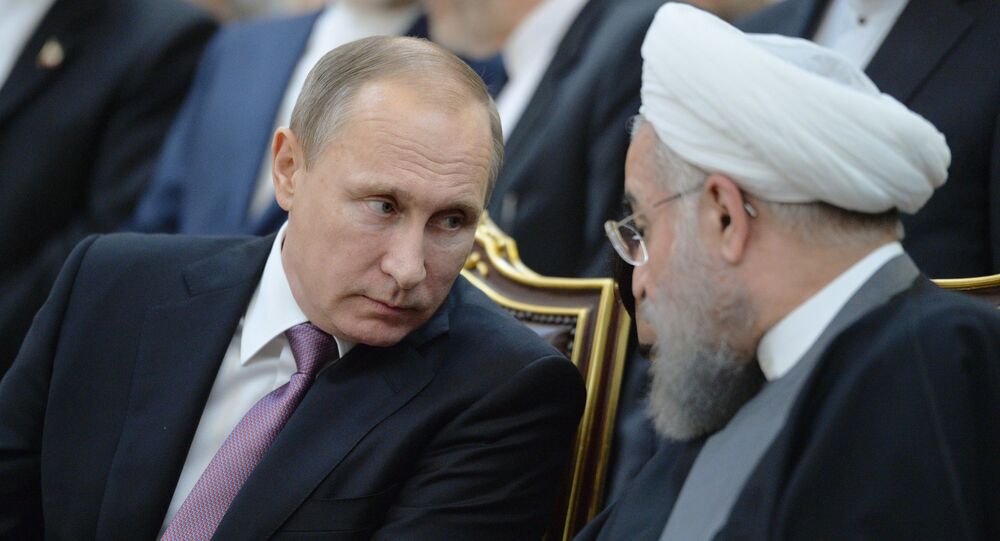 MOSCOW (Sputnik) – Iran’s cooperation with Russia and Turkey on Syria should continue until the decisive victory over terrorism in the country, Iranian President Hassan Rouhani said in talks with Russian President Vladimir Putin.

Russian President Vladimir Putin spoke on the phone with Iranian President Hassan Rouhani and discussed the anti-terrorism strategy in countries, the search for a political settlement in Syria, exchanged views on the Israeli-Palestinian conflict, and the conflict in Yemen.

"This cooperation is needed now as it was in the past and should strengthen and continue until the decisive victory of the Syrian people over terrorists… One of the issues that President Putin and I discussed in phone talks today… was that he felt the need to hold in the near future a summit of the heads of the three states on regional issues and on Syria," Rouhani said during a news conference in Tehran, broadcast by Iranian television.

Rouhani has mentioned that Iran anticipated all regional countries to respect the "territorial integrity and sovereignty" of Syria. He also greeted a new round of presidential-level talks between Iran, Russia and Turkey. In its turn, the Kremlin Press Service issued a statement with the main points of discussion.

"The parties confirmed commitment to the consistent realization of the Joint Comprehensive Plan of Action for Iran's nuclear program, which is important for maintaining global peace and stability. There also was a discussion of coordinating further issues concerning bilateral cooperation in various fields " the statement reads.

Putin and Rouhani also discussed results of the Syrian National Dialogue Congress, held in Sochi, the Russian Black Sea resort in January. During the conversation, it was emphasized that the decisions were made to provide a significant impact on the political settlement process in Syria based on the United Nations Security Council Resolution 2254, as well as on improving the situation in the region.