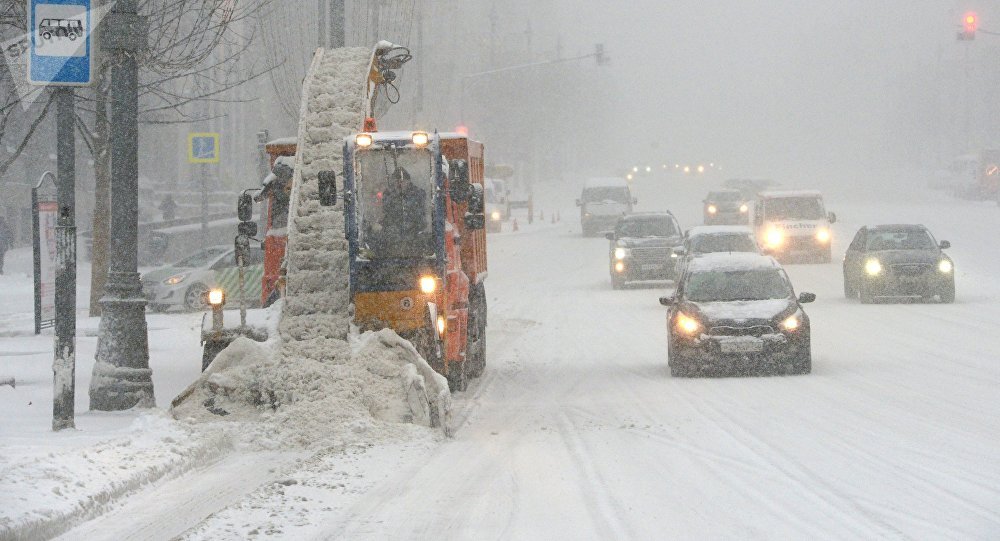 At least one person has reportedly died and several have suffered various injuries in Moscow, which has seen more than half its average monthly snowfall in a single day beating the previous record set in 1957.

Freezing rain and heavy snowfalls hit Moscow and the surrounding region on Sunday night with motorists struggling to make their way to work through the large snowdrifts.

Moscow Mayor Sergei Sobyanin said a falling tree and collapsing power lines had killed one person and injured five others and warned that the weather “will get worse.”

Nearly 150 flights have been cancelled or delayed at Moscow airports and the heavy snowfall has caused numerous power outages in towns and villages around the Russian capital.

Precipitation levels on Sunday reached a record 19 millimeters, which is 1 millimeter above the 2013 record, RIA Novosti reported, citing specialists at the meteorological service Fobos.

The military joins the snow clean-up in Moscow.

​Thousands of city workers have been mobilized to clear snow off the roads.

​Heavy snow and blizzard anticipated in Moscow in a few hours.

The command of the Western Military District has deployed about a hundred soldiers and snow-removal equipment to assist Moscow and regional authorities’ efforts to clean up the snow-clogged roads.

​Anomalous snowfall in Moscow broke a 1957 record, canceling and delaying dozens of flights and felling trees.

"Emergency teams of the Kantemirov and Taman divisions, as well as of other military units of the Western Ministry District have been put on heightened alert,” the Defense Ministry said in a statement.

Authorities recommend avoiding long walking trips around the city and its outskirts as well as planning safe travel routes in advance to avoid possible risk.

On foot along the Warsaw highway in the Northern Butovo district.