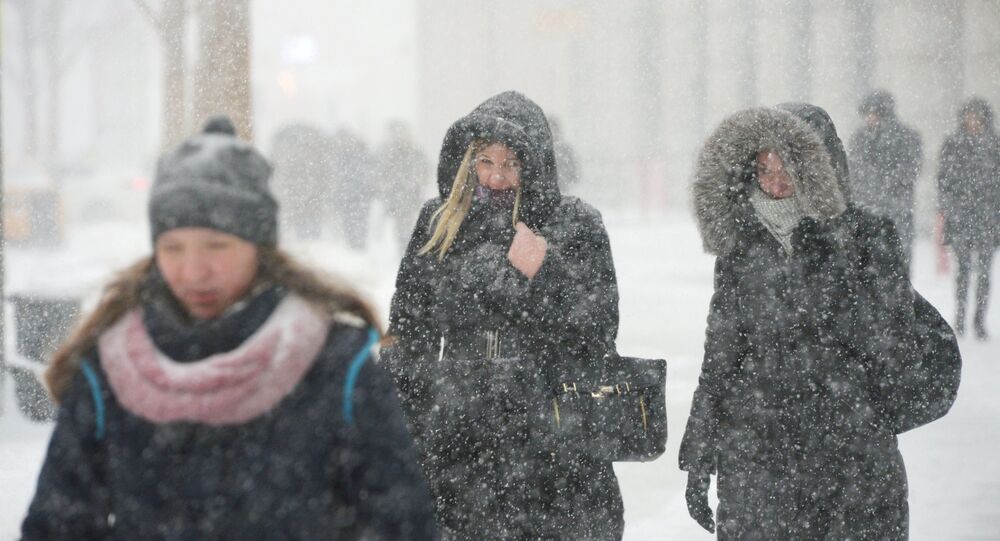 MOSCOW (Sputnik) – Heavy wet snow and strong wind have hit Moscow for the second day in a row, resulting in damage to power lines and trees, hazardous driving conditions, delays of dozens of flights, as well as casualties.

Earlier in the day, Moscow Mayor Sergei Sobyanin said that on Saturday one person was killed and several others were injured after a tree fell and electric power lines had been damaged due to the natural disaster.

"According to the preliminary data, five people have already been injured. Be careful, forecasts say the weather will worsen," Sobyanin wrote on Twitter on Sunday.

Pyotr Biryukov, Moscow deputy mayor for housing, utilities and amenities, told reporters on Sunday, that around 370 trees had fallen in the city.

The Russian capital’s emergencies services have sent out warnings to the city residents about the weather situation, Biryukov noted, calling on the residents to follow the recommendations of the authorities to ensure their own safety.

According to the Fobos weather center, on Saturday, Moscow saw over half of its monthly precipitation average. As a result, over 100 flights were delayed and 11 flights were canceled in Moscow airports on Saturday.

In the early hours of Sunday, the number of delayed flights amounted to 109, while 28 flights were canceled.

One day in Russia through the window. I prefer to stay at home, thank u #Russia #Moscow #show #wtf

The driving conditions in the city could only be described as extremely hazardous, with drivers advised to stay off the roads because of heavy snow and icy conditions.

The weather situation resulted in an emergency in the Moscow Region, too. Due to heavy snow, a lot of power lines had snapped leading to power outages affecting around 5,200 people.

The extreme weather conditions have affected other parts of Russia as well.