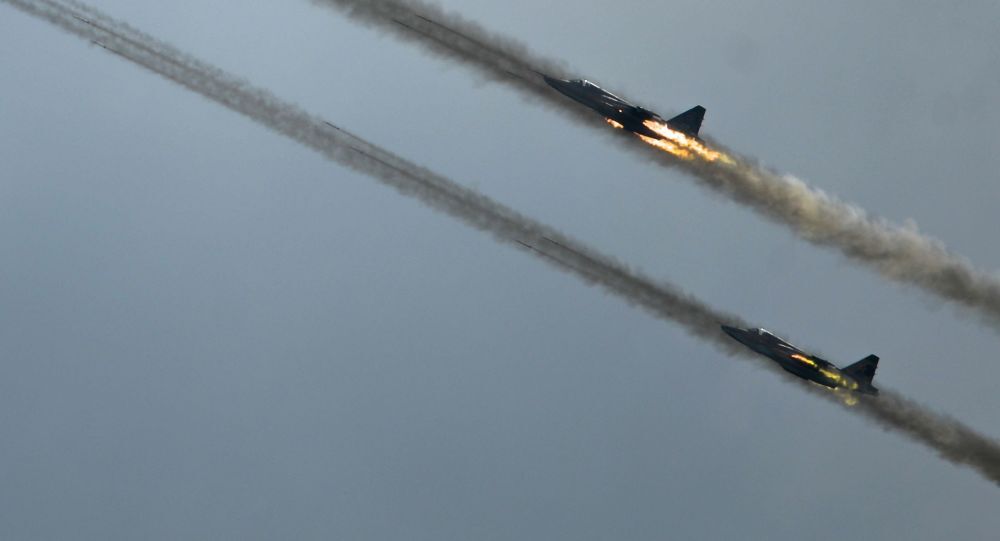 The Russian Defense Ministry has released video of the downing of an Su-25 over Syria after the jet fighter was allegedly shot down by a handheld air-defense missile on February 3.

Flying over the Idlib de-escalation zone in Syria, a Russian Su-25 fighter was destroyed by a handheld anti-aircraft missile, according to allegations by the Russian Defense Ministry.

Following the attack, Russian Air Forces conducted a high-precision missile strike in an  area controlled by terrorist group Jabhat Fatah al-Sham [previously known as al-Nusra Front], from where the missile that downed the Su-25 Russian jet fighter was reportedly launched.​

"A group strike using precision weapons has been conducted in the area controlled by the Jabhat al-Nusra [Jabhat Fatah al-Sham] terrorist group in Idlib province, from where the missile was launched against the [downed] Russian Su-25 airplane. According to radio intercepts, as a result of the strike, more than 30 militants of Jabhat al-Nusra were destroyed," the Russian Defense Ministry noted.

The Russian Defense Ministry revealed that according to preliminary information the plane may have been shot down by a man-portable air-defense system (MANPAD).

All efforts are being undertaken to retrieve the pilot's body.

The incident took place on the territory controlled by the Jabhat Fatah al-Sham terror group amid an ongoing military operation conducted by Syrian forces.