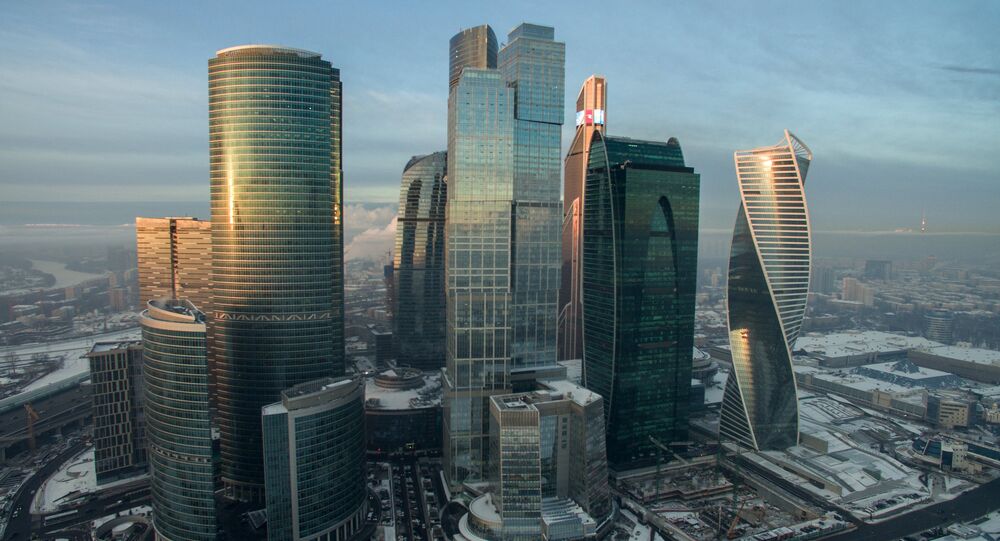 MOSCOW (Sputnik) - The so-called "Kremlin report," a list of 114 Russian politicians and 96 business people, published by the US Treasury on Tuesday, has sparked some anxiety on the Russian market, even though the document does not stipulate automatic sanctioning, it potentially paves the way for more anti-Russian restrictions.

The US report was compiled under the Countering America's Adversaries Through Sanctions Act (CAATSA), which was passed by the US Congress last summer and enacted by President Donald Trump on August 2.

The US Treasury plans to release the second part of the report later in the week, where it may specify what kind of measures may be introduced against the individuals, included in the list.

Many Russian and EU officials as well as public figures have reacted to the US list and noted the negative effect that Washington’s actions could have on the possibility of a thaw in the Russian-US relations.

"The release of the 'Kremlin report,' which included virtually entire Russian leadership and heads of leading state-run corporations, undermines the opportunity for further dialogue, which is already at its lowest point," Leonid Slutsky, the Russian State Duma’s International Affairs Committee Chairman, said.

© Sputnik / Grigoriy Sysoev
‘Sanctions Are for the Weak’ - View From Tehran on US ‘Kremlin Report’
Moscow does not plan to immediately react to the US move at the current stage, according to the Russian deputy prime minister.

"We will monitor the situation and will respond if necessary. At the moment there are no reasons to take actions. The situation resembles the 'Who's Who in Russia's Policy' book and nothing more," Dvorkovich, whose name was included in the list, said.

The European Union has paid attention to the US Treasury Department's release, the bloc’s spokesperson told Sputnik.

"We take note of the report issued by the US Treasury. I would refer you to the report, which states explicitly that it is not a sanctions list. That said, all of the EU's sanctions regimes remain under constant review. Any decision to prolong, amend or lift the sanctions is for the Council to take by a unanimous agreement of the 28 EU Member States," the spokesperson said.

A member of Italian Veneto's regional parliament Stefan Valdegamberi condemned the US action, labeling it a “witch hunt.”

“This is shameful and anti-democratic interference of one state into the affairs of the other. It is even worse than the declaration of war. And this is what democracy and freedom are about? The Italians are tired of this atmosphere of the cold war and witch hunt.  We do not want to go back … ‘Russophobia’ is absolutely groundless. There are a lot of problems on the international level that must be solved together with Russia,” Valdegamberi told Sputnik.

© Sputnik /
Simonyan Criticizes US 'Kremlin Report' as 'Incompetent, Clumsy, Stupid'
Washington’s list appears to be lobbied by the oligarchy and arms producers in the United States, member of the EU parliament Jean-Luc Schaffhauser from the French National Front Party said.

“The American Congress is under the influence of a powerful financial oligarchy and of the military-industrial complex. It wants to twist President Trump’s arm to make him lead a policy of tension with Russia, for which he was not elected. This influence can also be found in the State Department, where the president’s policy is sometimes openly contested by neo-conservative hawks, left by Hillary Clinton and Madeleine Albright. I have confidence in President Putin; he will act with insight and calm against this new aggression to his country, done by this small group with so powerful interests in the United States.” Schaffhauser said.

The Association of European Businesses (AEB) expressed concerns over the release of the "Kremlin Report" as it can affect the interests of European investors and European companies doing business in Russia.

"The members of the Association are convinced that the US Treasury’s Report increases the uncertainty in the Russian business environment and can also affect the interests of European investors, European companies doing business in, or trading with Russia," the AEB said in a statement.

© Sputnik / Kirill Kallinikov
European Business Body Says 'Kremlin Report' Vague, Copies Forbes List
The purpose of the list is vague as well as its possible consequences, while the document itself looks like a copy of a famous Forbes magazine's list of Russia’s wealthiest people, Philippe Pegorier, the AEB chairman in Russia, told Sputnik.

"Neither fish, nor flesh, this is my reaction. The list is just like the Forbes list. It is weird that it took the US Treasury so much time to make it, looks like they simply used the Forbes list… They could have made the list in an hour … The purpose is unclear and it is hard to tell what the consequences would be … We must see what exactly they’ll do with this list, we must monitor the situation," Pegorier said.

A large number of executives of the Russian energy sector have been included in the US list, while only two of them have previously fallen under the sanctions: Rosneft’s CEO Igor Sechin and Gennady Timchenko, who owns stakes in such Russian energy giants as Sibur and Novatek.

The experts say that the addition of new Russian businessmen to the list will unlikely provoke any market shocks as many Russian companies have already been sanctioned by Washington.

“All companies, with which they [businessmen] are affiliated, have already been de-facto sanctioned, “ senior analyst of the BCS Financial Group Kirill Tachennikov said.

© AP Photo / Jacquelyn Martin, File
What You Need to Know About Washington's So-Called 'Kremlin Report'
Even though Sberbank and VTB, the Russian largest state banks, have already been under the US sanctions for several years, their CEOs – Andrey Kostin and Herman Gref, respectively, were included in the list only on Tuesday.

“It will not have a great influence as there are no additional sanctions or restrictions in regards to the banks yet. Moreover, the banks do not currently have much dependence on the Western money, while state banks have already been under the sanctions and cannot attract long-term investments from Western markets,” Aleksander Danilov from Fitch Ratings said.

At the same time, the US Treasury’s report may further spark the return of capitals of Russian billionaires back to Russia, senior analyst of Alpari Group Roman Tkachuk said.

“The majority of oligarchs are loyal to the Russian government and that is why they are prepared for such risks. The US Treasury’s report may urge them to speed up the closure of their accounts in foreign banks and half of the funds may return to Russia,” the expert said.

The Russian government has already paved the way for return of capital to Russia. In March, the second round of the amnesty of capital measures will be introduced, while the individuals that returned the capital to Russia will receive a priority right to purchase the sovereign Eurobonds when the latter will be placed by Russia later in 2018.