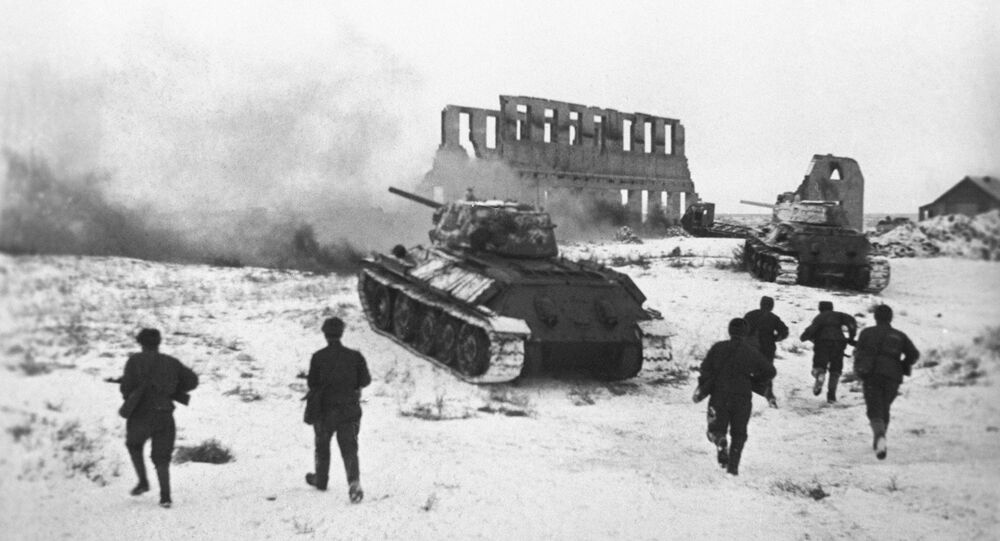 MOSCOW (Sputnik) - Israel will always remember the contribution made by the Soviet Union to the victory over fascism, Israeli Prime Minister Benjamin Netanyahu said on Monday.

"We never forget the role that the Soviet army played in achieving this victory," Netanyahu stated, speaking at Moscow's Jewish Museum and Tolerance Center.

The prime minister also noted that "unless inexhaustible hatred toward Jews is stopped in time, it will rapidly spread and may annihilate other peoples," stressing that it was a shared goal to nip extreme ideologies in the bud.

© REUTERS / Pawel Ulatowski
‘You Made Fun of Auschwitz Survivors’: German Man Gets 18 Months for Mocking Holocaust
In turn, Russian President Vladimir Putin Putin highly assessed the Israeli people’s efforts to preserve the memory of the Soviet soldiers who had rescued European Jews from full extermination. The president noted that such treatment of history was especially important at a time when monuments to Soviet soldiers who had given their lives to liberate prisoners of Nazi concentration camps, and save Europe and the world from Nazism were being destroyed and desecrated in a number of European countries.

Earlier in the day, Netanyahu arrived in Moscow for a working visit, during which he held negotiations with Vladimir Putin. The two leaders also took part in events dedicated to International Holocaust Remembrance Day and the 75th anniversary of the successful uprising of prisoners at Nazi death camp Sobibor.

Putin also expressed Russia’s appreciation of Israel’s plans to erect a monument to the heroic defenders and residents of the besieged city of Leningrad.