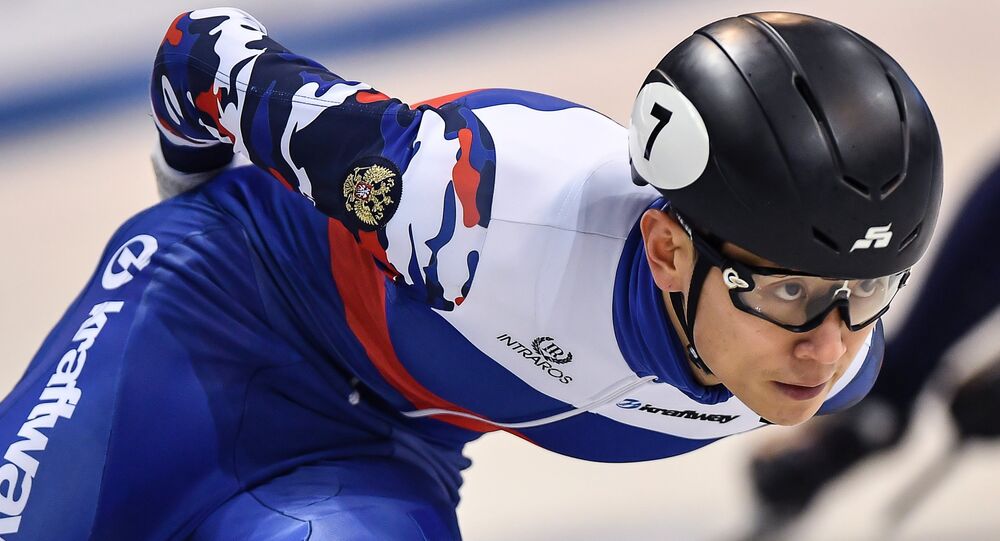 MOSCOW (Sputnik) - Russian short-track speed-skater Victor An has panned an open letter to President of the International Olympic Committee (IOC) Thomas Bach expressing his outrage over the fact that the IOC has not provided any reasons for banning him from the 2018 Winter Olympics.

"It is outrageous that there is no concrete reason which explains my exclusion from the Olympics, and furthermore people now view me as an athlete who was involved in doping. After all these years in sports, this decision to prevent me from being at the Olympics has become a symbol of mistrust in me from the side of the IOC as well as the reason of mistrust from the side of the entire sport community," An's letter, obtained by Sputnik, read.

The athlete expressed hope that the committee would explain reasons behind the ban decision.

"I hope that the IOC will ultimately declare its reason for my exclusion, so I will be able to defend my honor and dignity. I have a full right to believe and hope that I have the trust of my supporters, as well as journalists, after my long journey in short-track and with an absolute absence of my fault in this situation, when I’m deprived the opportunity to participate in the Olympics," the letter read further.

An stressed that he had always complied with the IOC rules and believed that "clean" athletes had a right to participate in the Games.

"During my entire career journey in short track, I’ve never given a reason to doubt my honesty and my integrity, especially when it comes to my victories which I achieved with nothing but my strength and dedication. I have always maintained respect to the sport itself, my rivals, the Olympic movement, and I’ve always complied with the anti-doping legislation. I honestly thought that properly completing all the steps to meet the criteria to be a part of the Olympic Games, a 'clean' athlete deserves a right to compete there," the letter read.

Victor An (also known as Ahn Hyun-soo) is a Russian short-track speed-skater born in South Korea. He moved to Russia in 2011 and won three gold medals and one bronze medal in the 2014 Sochi Winter Olympics.

The day before, the Russian Olympic Committee published a list of 169 Russian athletes that had been admitted to the upcoming championships in South Korea.

© REUTERS / Maxim Shemetov
Sports World Reacts to Some Pure Russian Athletes' No-Show at 2018 Olympics
The same day, the IOC published a list of 17 criteria, which guided the decision over the invitation of Russian athletes to participate in the Games. Victor An was among the athletes who have not received an invitation to the Olympics together with biathlonist Anton Shipulin, skier Sergei Ustyugov and other leaders of the Russian national team in different sports.