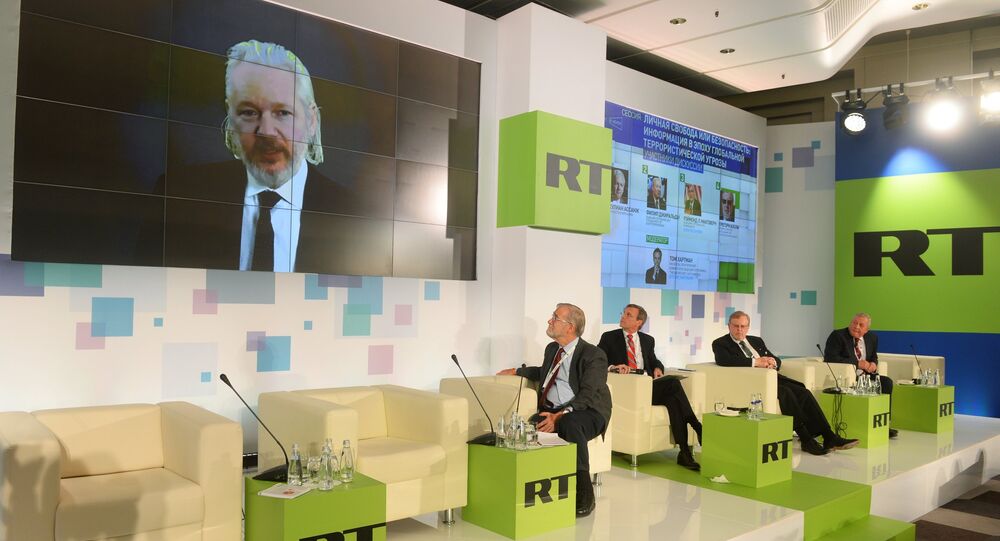 Simonyan: Is It Fair That Russia Cannot Voice Its Position to the World?

MOSCOW (Sputnik) - RT editor-in-chief Margarita Simonyan has rebuked claims that the Moscow-based broadcaster is propaganda any more than Voice of America, in an interview with NBC News.

"We are no more propaganda than Voice of America is propaganda or than Radio Free Europe is propaganda," she replied to the US broadcasting company in this month’s interview.

She stressed that RT had never "made a secret out of being a Russian TV station" designed to bring Russia’s voice to the world.

"Why is it considered fair that any western country can bring their voice to the world and Russia cannot?"

She pointed to Radio Svoboda, an extension of the US government-funded broadcaster Radio Free Europe/Radio Liberty in Russia, which in October became the most quoted radio in Russian social media, "and no one in Russia has said this means they are involved in Russian politics, influencing our elections and we have to shut them up."

Russian Lawmaker: US Understands Freedom of Speech as Freedom for US Media Alone