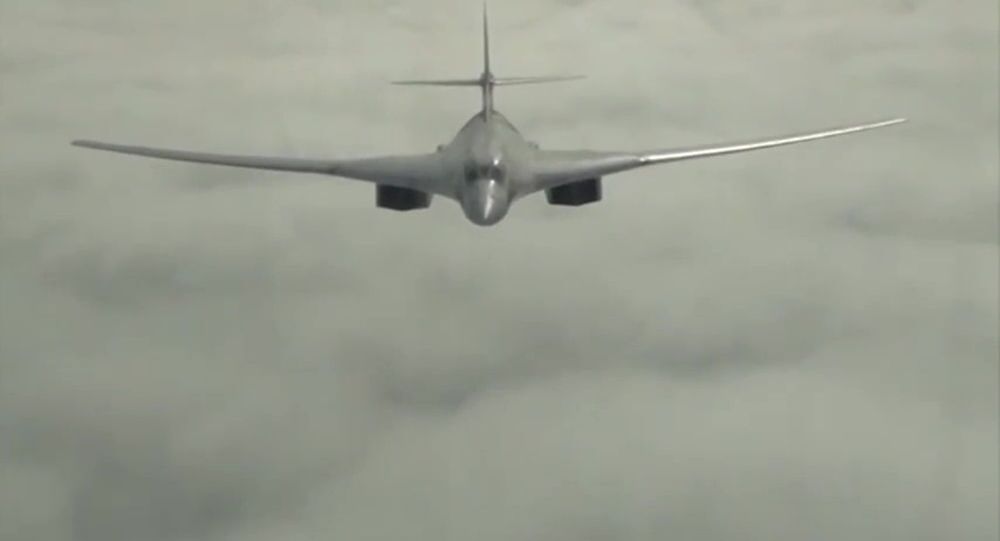 "The flight lasted for more than 13 hours. During the flight, the Tu-160 bombers performed aerial refueling," the ministry said in a statement.

According to the statement, at some stages of the flight, the Russian aircraft were followed by the British Air Force Eurofighter Typhoon fighter jets and the Belgian Air Force F-16 Falcon fighter jets.

© Sputnik / Georgiy Zimarev
Russian Fighter Intercepts US Spy Plane in Black Sea
Russia's long-range aviation regularly flies over the neutral waters of the Arctic, the North Atlantic, the Black and Caspian Seas, and the Pacific.

The Russian Aerospace Forces carries out patrol flights in strict accordance with the International law and does violate the borders of other states, the Defense Ministry stressed.