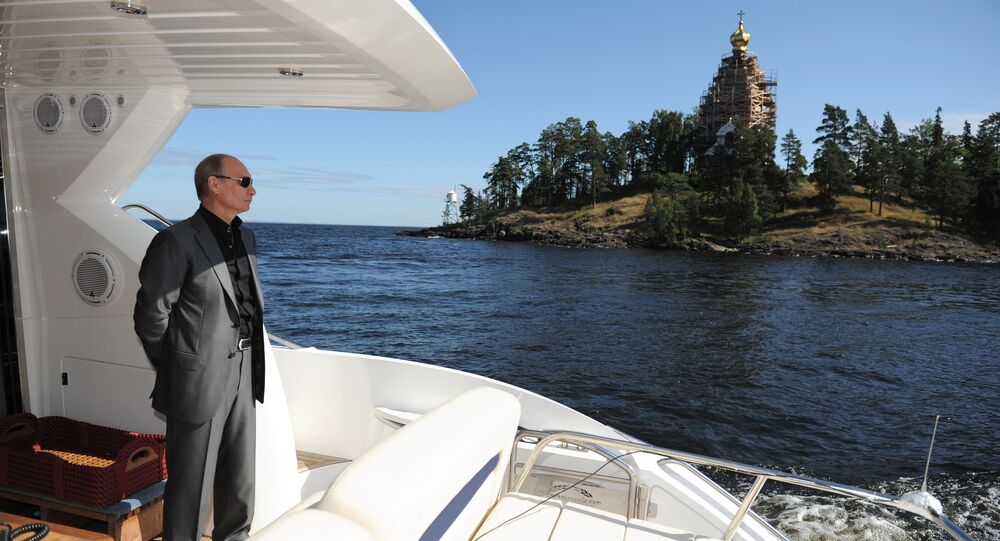 Russia Should Be Grateful to Finland for Preserving Valaam Monastery's Relics

PETROPAVLOVSK-KAMCHATSKY (Sputnik) - Russian President Vladimir Putin believes that the religious artifacts taken from the Valaam Orthodox Monastery in Russian Karelia to Finland should unite the countries in the spiritual sphere, and Russia should thank the Finns for their safety.

"Finland is our good neighbor. If it were not for Finland, the Valaam Monastery could have ceased to exist at all, because we know how the Soviet authorities treated religious valuables. They were exported to Finland and there they were saved, and, perhaps, it is only necessary to thank for this the Finns and our compatriots who left for Finland and saved the New Valaam Monastery and the shrines of Valaam there," Putin said in an interview in the "Valaam" movie due to be aired by the Rossiya 1 broadcaster later on Sunday.

The film's author, journalist Andrei Kondrashov, asked Putin whether Russia should start negotiations with Finland about the return of valuables, including utensils, icons, a library, an archive, and bells, taken from Valaam.

"These are sacred things that are dear to both the Finns and us. The Finns keep them, the Finns provide free access to all who want to see these shrines in Finland. And it seems to me that these shrines should be something that unites us, including in the spiritual sphere," Putin said.

The dramatic history of the Valaam Monastery is connected with the formation of the Russian state, Putin said.

"We have quite a lot of such 'mirrors.' Valaam is one of them. It has a very interesting and, in some cases, even a dramatic story, Valaam is connected, in fact, with the formation of the national Russian state," the president said.

© Photo : Russian Defense Ministry
'Not Anti-NATO': Finland Admits Russian War Games Were 'Purely Defensive'
The Russian leader stressed that several religions are being practiced in Russia, while compassion, fairness and love will always unite the people.

Valaam is the most ancient monastery in the Russian North. Putin regularly visits Valaam.