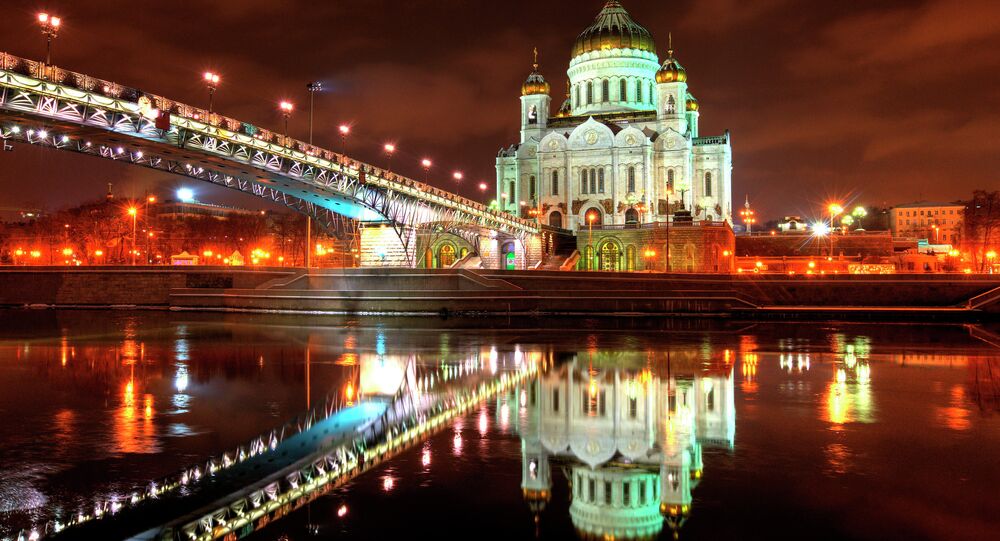 Orthodox Christians in Russia celebrate Christmas on January 7. There is a 40-day Lent preceding Christmas Day. On the eve of the significant event, orthodox observers attend liturgies in churches all over the country that last well into the early hours of the morning.

Russia celebrates Christmas on January 7, which corresponds to December 25 of the older Julian calendar.

The main mass in Moscow's Cathedral of Christ the Savior is led by Patriarch Kirill of Moscow and All Russia, the Head of the Russian Orthodox Church.

Russian President Vladimir Putin took part on Sunday in an Orthodox Christmas service at Church of the Holy Righteous Simeon and Anna the Prophetess in Russia’s St. Petersburg, a Sputnik correspondent reported.

Vladimir Putin joined the service after its beginning around midnight local time (21:00 GMT). The Russian president has donated an icon of the XIX century to the church on the occasion of the Christmas.

The midnight mass has also been attended by Georgy Poltavchenko, the governor of St. Petersburg, the correspondent added.

The Russian president usually celebrates Easter at the Cathedral of Christ the Saviour in Moscow, but for Christmas Putin goes to different regions of Russia each year. Last year, Putin attended a midnight Christmas service at the St. George’s (Yuriev) Monastery in Russia’s Novgorod.

The Commentary is provided by Sergei Brun, academic fellow at the Museum of the Russian Icon in Moscow, and RT journalist Daniel Bushell.