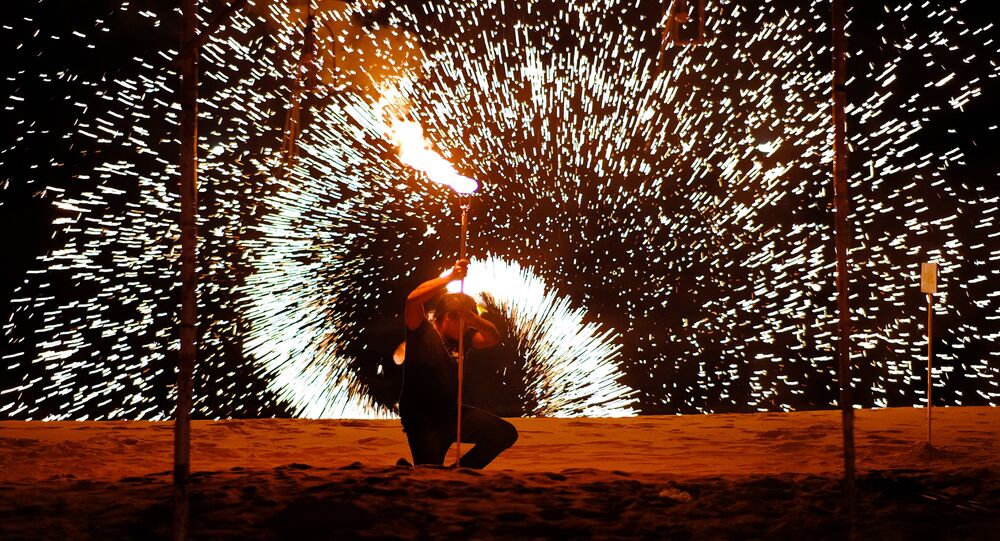 Some people in Russia seemed just a little too eager to send out the old year with a bang, with store-bought fireworks and firecrackers causing major damage and several injuries in cities from Vladivostok to Moscow.

The most dramatic incident took place in Vladivostok, one of the first Russian cities to ring in the New Year. On Sunday night, a group of young people launching fireworks right underneath a powerline accidentally hit its wires, short-circuiting the power grid and leaving much of the city without power.

Amateur filmmakers captured the moment the errant firework hit the powerline, causing an extremely bright flash which blacked out a large chunk of the Far Eastern port city. 1:30 into the first clip shows the moment the explosion occurred:

The city's emergency services were able to fully restore the grid within several hours, and no one was injured. However, the explosion and temporary blackout will certainly be remembered by many residents for years to come. One eyewitness told local media that "the flash was so bright it was painful to look at." Another noted that soon "after President Putin's New Year's address, the world came to an end in our home. We sat by candlelight, like in the 90s. A perfect New Year…"

Meanwhile, in neighboring Yuzhno-Sakhalinsk, the 25-meter tall New Year Tree in the town center burnt down, also thanks to an errant firework. Instagrammers captured the moment the tree went up in smoke. Thankfully, no injuries were reported in that incident, either.

Further west, a Chelyabinsk man admitted to accidentally smashing window in an apartment high-rise with a firework, posting a nervous anonymous confession on social media this morning and promising to provide compensation for any damage. People suggested that the remorseful vandal should go to the apartment and explain what happened, find out firsthand how much damage was caused, and be more careful from now on.

Finally, in Moscow, local media reported that 23 people were hospitalized with minor to moderate burns after launching fireworks, firecrackers and Bengal lights on New Year's Eve. None of the reported injuries were life-threatening.

Amid the madness, at least one Russian region sought to do something to try to reign in the excitement. Siberia's Kemerovo region issued a ban on the use of store-bought fireworks and firecrackers at mass gatherings. A ban was also issued on alcohol in glass bottles, and drunken residents attempting to join the revelry. Over 2,500 police and volunteers were on hand to enforce the restrictions.

Fireworks weren't the only culprit in Sunday night's incidents. A Father Frost and Snow Maiden display was destroyed by fire in the city of Petropavlovsk-Kamchatsky in Russia's Far East, presumably due to a short circuit. Quick-thinking onlookers and firefighters were able to put out the fire and save the city's Christmas tree, and no injuries were reported in that incident.

Moscow Turns Into a Huge Theatre on New Year’s Eve

The Most Outrageous Real News Headlines in Russia in 2017