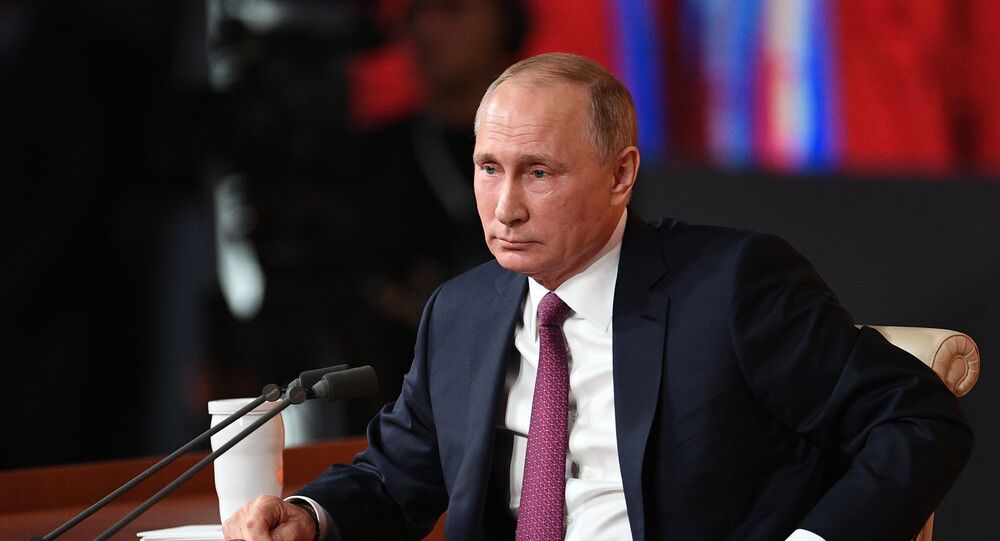 Russian President doesn't have plans to visit South Korea during 2018 Winter Olympic Games, despite the invitation to the games by South Korean President Moon Jae-in.

Asked by Russia’s Izvestiya publication whether the president considered coming to South Korea on February 9-25, Dmitry Peskov replied, "There are no such plans yet."

© AP Photo / Lee Jin-man
Over 60% of Russians Back Athletes’ Decision to Compete in Olympics as Neutrals - Poll
In September, South Korean President Moon Jae-in invited Putin to the games. This happened months before the International Olympic Committee barred the Russian team from competing over doping allegations. Clean athletes will be allowed to go as independents.

In early December, the IOC suspended the ROC over alleged violations of anti-doping rules and prohibited the Russian team from competing under its national flag in the 2018 Games. The Russian Olympic Assembly backed the statement by those Russian athletes who wanted to attend the Winter Games under a neutral flag.

President of the Organizing Committee for the 2018 Olympic and Paralympic Winter Games Lee Hee-beom said however, that the athletes may be able to hoist their national flag during the closing ceremony.