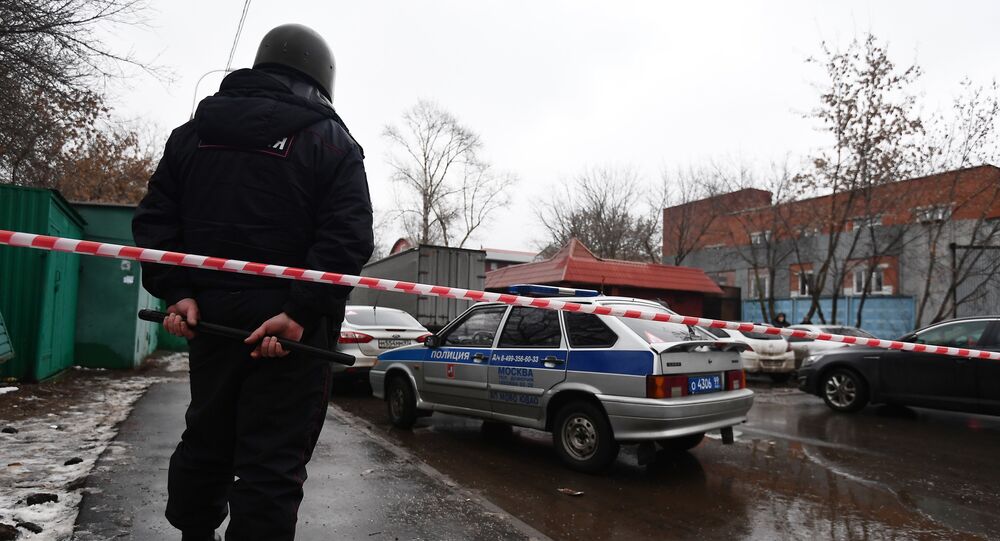 The chief spokesman for Moscow City Police reported that the man suspected of opening fire at the Menshevik factory building in Moscow has been detained by police officers.

MOSCOW (Sputnik) — A man suspected of opening fire at a confectionery factory in Moscow was detained early Thursday after a day-long search, the chief spokesman for Moscow City Police has told Sputnik.

"As a result of a search operation, the city police located the man who shot a victim at the Menshevik factory early on December 27. He was detained by police officers at an organization in Moscow’s Pravda Street," Yuri Titov said.

The man, identified by investigators as the factory's former owner Ilya Averyanov, had an argument with its new owners when he pulled a gun and opened fire, killing one person, before escaping.

© Sputnik / Evgenia Novozhenina
Police, National Guard Searching for Gunman, Who Opened Fire in Moscow Factory
Averyanov said the business had been deliberately bankrupted and taken from him. Employees confirmed there had been irregularities in salary payments for several years.

Earlier, the police had cordoned off the area and checked the entire territory of the Menshevik factory, where the former director started shooting. Russian Business FM radio station has managed earlier to contact the former owner of the factory, who said that he was using his gun for self-defense.