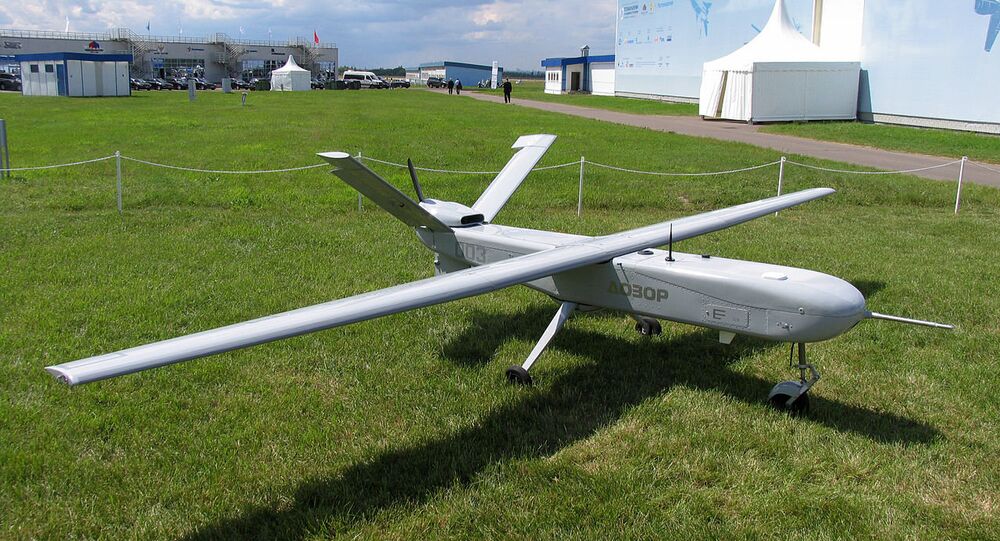 The cutting-edge UAV will be able to fly at least twice as fast as its propeller-driven analogues, a source in the defense-industrial complex has told RIA Novosti.

The preliminary contract to design the new-generation UAV with a takeoff weight of around 5 tons and maximum speed of up to 950 kilometers an hour was granted to the Simonov Design Bureau (SDB) in Kazan.

The SDB is currently working on the Altair heavy drone developed as part of the Altius Project. It is a medium-altitude craft with an extended flight range of up to 48 hours.

"Even though this is only a preliminary project we are talking about, with sufficient financing the designers would be able to land an additional contract to bring their work up to a new level,” Denis Fedutinov, a leading expert in the field of unmanned aerial vehicles, told RIA.

He added that while the Altair drone brings to mind the US-made Reaper, the new UAV could be compared with the Avenger unmanned combat air vehicle built by General Atomics Aeronautical Systems for the US military.