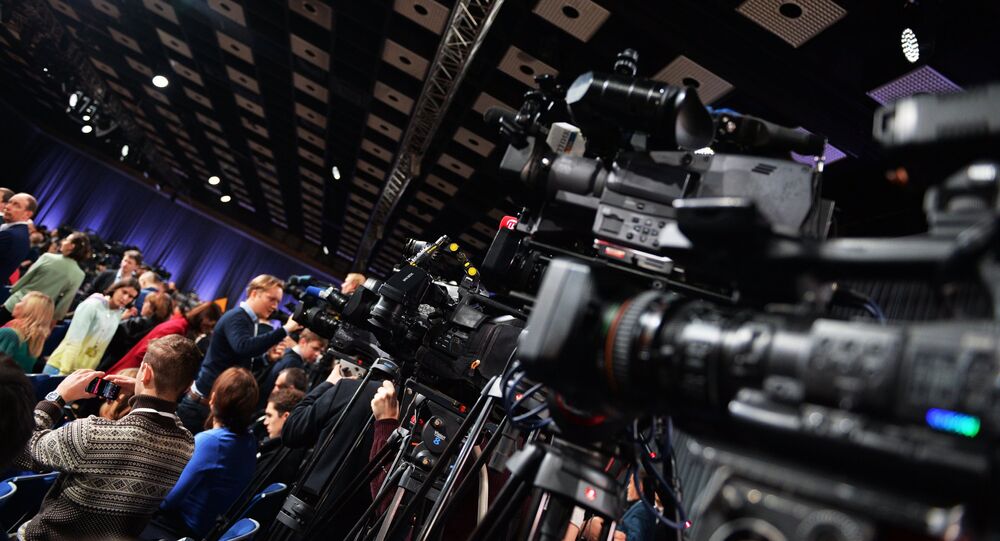 For the Sake of Fish: The Man Who Deceived Vladimir Putin (VIDEO)

A chief of a fish processing plant in Murmansk posed as a journalist in order to gain access to the Russian president’s annual press conference in order to bring the problems that have befallen his industry to the attention of the head of state.

Mikhail Zub, a man who addressed Vladimir Putin during the latter’s annual press conference with a question regarding fishing and fish processing, admitted live that his status as a journalist was merely a disguise that he donned in order to meet the president face to face.

As he was describing the problems the Russian fish industry is currently facing, and outlining the prospective solutions, Zub suddenly admitted that while he gained access to the event as a member of the press, he’s merely a "part-time journalist" but a full time chair of the board of directors of the Murmansk Fish Factory.

In an exclusive interview with RT conducted right after the conference, Zub said that his move at the press conference was merely a first step in his campaign to change the laws governing the fish industry in Russia.

"If I have to become a journalist three times, I will. If I have to pass through the eye of a needle, so be it," he said.