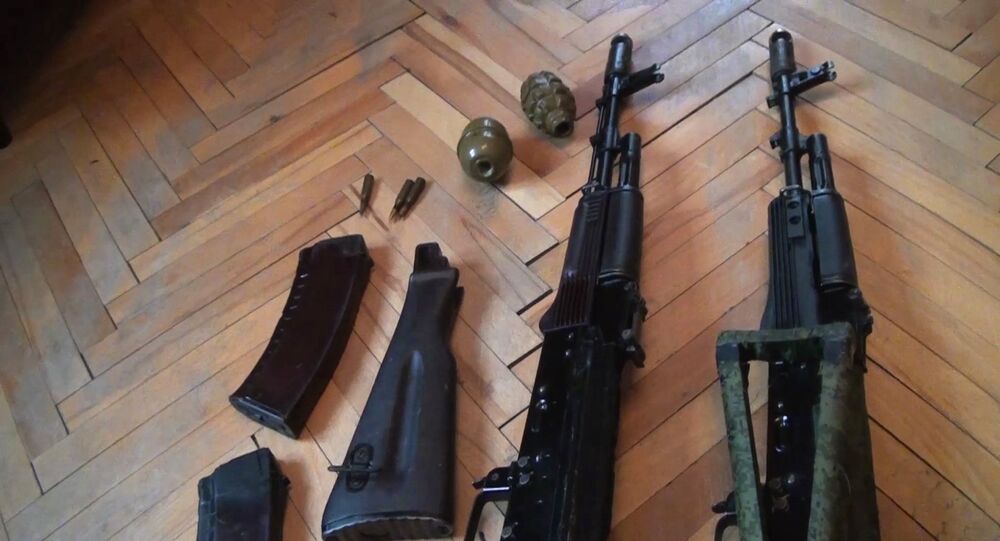 Russia's Federal Security Service head has presented the results of the agency's work in 2017 on anti-terrorist operations in the country.

"Yesterday, as a result of an FSB special operation in the Moscow region, the activity of a group of people from Central Asia, who planned terrorist acts, including suicide bombings during the New Year holidays and during the presidential election campaign [December 2017-March 2018] was eliminated. The services confiscated improvised explosive devices from the terrorists, destroyed firearms and ammunition found in their laboratory for the manufacture of a terror arsenal," Russia's Federal Security Service (FSB) head Alexander Bortnikov said at the meeting of the National Anti-Terrorist Committee.

Bortnikov, the FSB director and the chairman of the National Antiterrorist Committee, has explained that the information gathered by the agency shows that leaders of international terrorist organizations continue in their attempts to create terrorist cells in various regions of Russia.

"Terrorist attacks in St. Petersburg and the Khanty–Mansi Autonomous Area, the prevention of 61 terrorism-related crimes at the stage of preparation, including 18 terrorist attacks that were planned to be carried out in crowded public places and critical infrastructure, as well as suppression of 56 secret terrorist cells, confirm this trend, " Bortnikov said.

According to Bortnikov, some 78 terrorists and their accomplices have been eliminated, with about 1,018 armed insurgents having been detained in Russia in 2017.

The head of the committee continued saying that that security measures carried out by law enforcement agencies allowed us "to prevent the penetration of more than 17,500 foreigners suspected of involvement in terrorist activities on the territory of Russia".

"Over 80 people who fell under the influence of recruiters from international terrorist organizations were prevented from traveling abroad," he added.

The FSB head has revealed that the prevention of terrorism in Russia in 2017 allowed them to induce more than 650 people to give up criminal activity, adding that the liberation of Syria from terrorists, the return of former gang members to Russia poses a real threat to the country.

"In connection with the liberation by Syria's government army with the support of the Russian Armed Forces of the last strongholds of the international ISIL terrorist organization (Daesh, banned in Russia), its leaders and militants are forced to look for ways to continue terrorist activity in other states, including the Russian Federation," Bortnikov said.

Bortnikov has summarized by saying that law enforcement agencies have the situation under complete control.