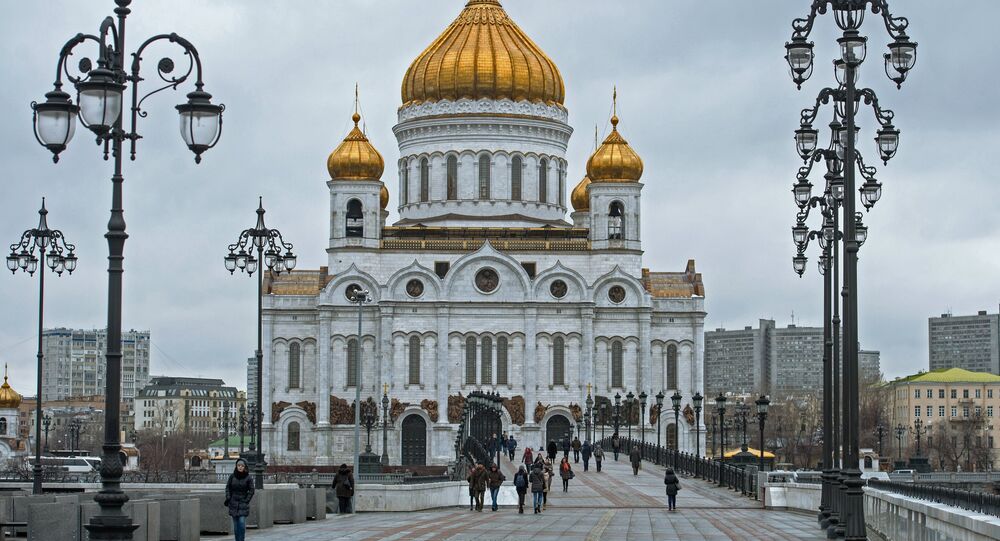 MOSCOW (Sputnik) — Contacts between representatives of the Moscow Patriarchate and the Orthodox Church in America could "promote reconciliation and the establishment of good cooperation" between Russia and the United States, Patriarch Kirill said at a meeting with Tikhon of America and Canada.

"Given the complicated relations between Russia and the United States, the contacts of our churches are gaining special significance, because these contacts connect people who share a common faith, who have a common history, common spiritual values, and can, I am sure, serve as a link between our peoples, promote reconciliation and the establishment of good cooperation," Patriarch Kirill said at a meeting in his residence.

Metropolitan Tikhon, together with the heads of other local Orthodox churches, arrived in Moscow to celebrate the 100th anniversary of the restoration of the patriarchate in the Russian Church and the election of Holy Hierarch Tikhon as the Patriarch in 1917.

In turn, the head of the Orthodox Church in America expressed his gratitude to Patriarch Kirill for gathering representatives of 12 local Orthodox churches in Moscow "in the spirit of brotherhood and unity."

According to 2016 data, the OCA includes 12 eparchies (episcopates), eight monasteries and about 650 parishes. The Primate of the OCA has the title of archbishop of Washington, Metropolitan of all America and Canada.