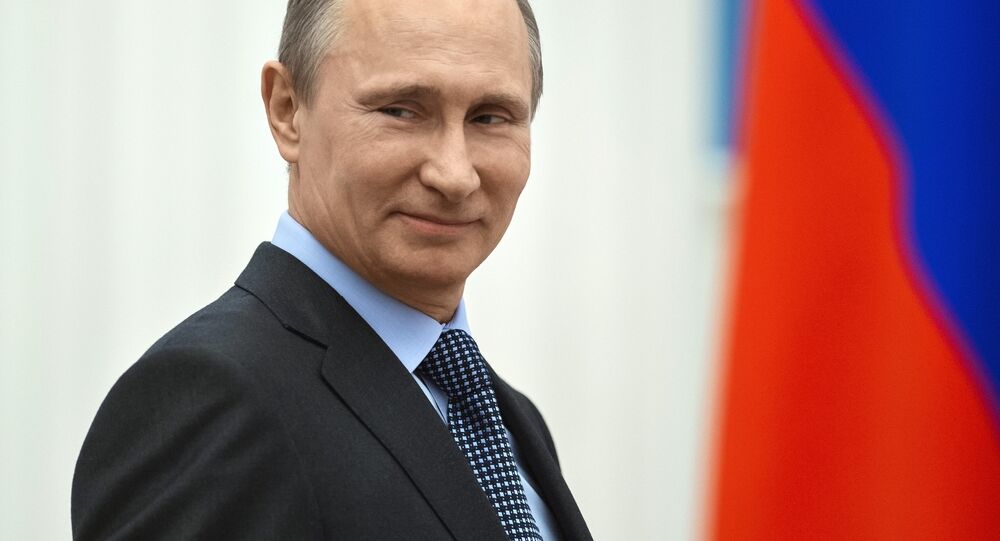 Putin Announces He's in the Running for Another Term

Russia's incumbent president has declared his intention to seek re-election for a second consecutive term in the country's upcoming 2018 election.

"I will be proposing my candidacy for the position of president of the Russian Federation," Vladimir Putin said on Wednesday at a meeting with factory workers. "Russia will move only forward, and no one will ever stop it in its progress."

After announcing his intention to participate in the election, Putin thanked the factory workers for their contribution to the country's development.

The United Russia party has already voiced its support of Vladimir Putin's candidacy for the election, a senior party member has said.

The election is expected to take place on March 18. While the list of candidates is not yet set in stone, several have already voiced their intention to challenge Putin in the race for the Kremlin. The dinosaurs of the Russian political scene, Vladimir Zhirinovsky, the unwavering leader of the Liberal Democratic Party who will be trying to win the race for the sixth time, and Gennady Zyuganov of the Communist Party, who nearly defeated Boris Yeltsin in the 1996 run-up, are interestingly joined by TV presenter, opposition journalist Ksenia Sobchak who describes herself as "the against-all candidate." Grigory Yavlinsky from the Democratic Yabloko party has also announced his intention to run. They could be joined by political journalist and singer Ekaterina Gordon, who is set to run as an independent candidate. Businessman Sergei Polonsky, political scientist Andrei Bogdanov, one of the founders of the Nashi movement Boris Yakemenko are among the other candidates.

READ MORE: President Putin Tells the Story of How His Father Volunteered for WWII

© Sputnik / Maksim Blinov
Top 5 Russian Female Presidential Candidates Since the Beginning of the Century
A fresh Romir-Gallup poll has shown that Putin would secure an overwhelming victory with 75 percent of votes should the vote happen next Sunday: Zhirinovsky and Zyuganov would get eight and seven percent respectively, leaving Sobchak trailing behind with only two percent.

Putin was appointed prime minister in August 1999, and became acting president on December 31, 1999, when then-leader Boris Yeltsin announced his decision to step down. Vladimir Putin served two consecutive terms as president from 2000 to 2008. He then worked as the head of the government under Dmitry Medvedev.

Having secured his third term at the Kremlin in 2012 he had delayed his decision on the fourth run. The campaigning for all candidates for Russia's top job is set to kick off in December.