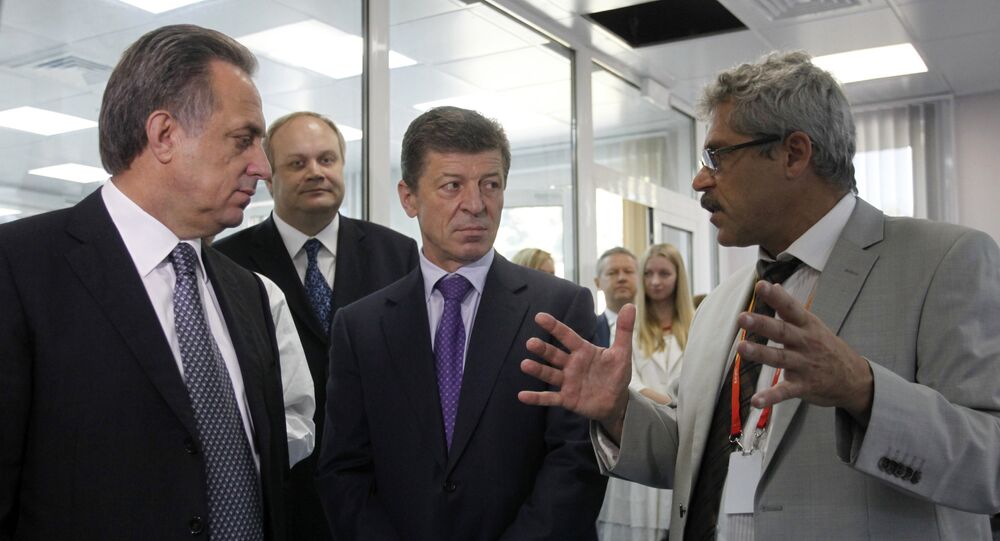 Former Chief of the Russian Anti-Doping Center and the primary source used by the World Anti-Doping Agency (WADA) in its investigation against Russian athletes recorded his nervous breakdown, where he admits to seeking money instead of clean sports and promises further attacks against the country's sportsmen.

In a video [Rodhcenkov's video starts at 20:32] acquired by Russian channel NTV, Grigory Rodchenkov, a controversial figure in  Russia, who sparked a major controversy in the Olympic sports world, claims that he is indifferent to the WADA investigation and was far more interested in reaping rewards for his role in a scandal that may disqualify Russia from the 2018 and 2020 Olympics.

"I do not give a f**k about the war against doping," Rodchenkov said in a video recorded from his Los Angeles flat.

Rodchenkov, whose sister was arrested in Russia for selling sanctioned performance-enhancing drugs to athletes in 2011, long before the WADA investigation, indicates that the principal reason for his defection were the plans of the Russian sports officials to dismiss him from a lucrative job as the head of laboratory after the incident with his sister.

"I had the best salary in the Ministry of Sports, and I have lost 2.5 million rubles [by defecting]. I had the official salary of 600,000 rubles per month."

"Then some a**hole said that they would be changing the head of the laboratory, he hated me."

© REUTERS / Christinne Muschi/File Photo
Russian Cyclists Ask WADA to Ditch 'Criminal' Rodchenkov From McLaren Report
Immediately after the arrest of his sister in 2011, the embattled Director of the Moscow laboratory tried to take his own life by stabbing himself in the chest.

"If I had been holding the knife differently, I would have struck the right atrium of my heart."

"They managed to resuscitate me, but if I had moved the knife just a centimeter to the right, I would have drowned in my own blood."

Rodchenkov was saved by the paramedics and had to spend some time in a psychiatric hospital, where he was diagnosed with schizotypal personality disorder exacerbated by severe stress.

Following his reinstatement, he continued to act as the head of laboratory until dramatically defecting to the US, where he acted as the central witness in WADA's McLaren Report which was used to strip a number of medals from Russian athletes, propelling the US team to the first place in the 2014 Sochi Olympics medal standings.

© AP Photo / Felipe Dana
WADA Informant Rodchenkov Was Giving Athletes Doping as Vitamins - Investigator
In his video, Rodchenkov hints that the principal reason for his eccentric actions might not have been the crusade against doping in sports, for which he apparently isn't much concerned with, but financial rewards for which his personal diary forms the centerpiece of the WADA investigation.

"Just 2 kilos and a million dollars are in my bag. That's how much my diary cost in 2014," Rodchenkov said.

"They are paying for my flat, quite expensive. And my car, the latest version of Lexus Infinity."

"I can make 100 doping samples appear and I will destroy  Russian Olympic sports for the next five years".

The Olympic Committee's investigation into the matter is still underway.

'Innocent Russian Athletes Should Not Be Banned' From Olympics - WADA Informant