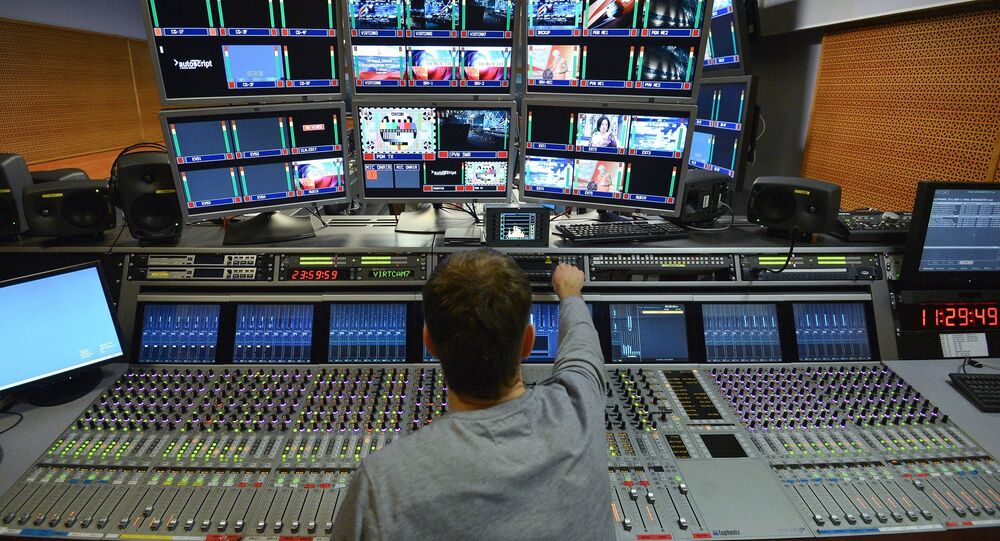 Russian President Vladimir Putin on Saturday signed the law on the introduction of amendments regarding the foreign agent status for foreign media outlets funded from abroad to the article six of the 1991 legislation on media.

MOSCOW (Sputnik) — The amendments to the law came as a response to the pressure exerted on Russia media in the United States, in particular, the demand for RT America broadcaster to register as a foreign agent.

According to the Russian media law amendments, any media outlet could be required to register as a foreign agent if it receives financial assistance from foreign states or organizations, while a decision on which outlets will be classified as 'foreign agents' will be taken by the Ministry of Justice.

The law implies that media outlets classified as foreign agents will have to publish a notice that their materials are provided by a foreign agent, report on their activities, submit information about the composition of their management and provide expense reports.

© Sputnik / Michael Klimentyev
Putin Signs Amendments to Law Allowing to List Media as Foreign Agents as Response to Pressure on RT in US
The Russian Ministry of Justice will be responsible for determining which media outlets should have a foreign agent status.

If a media outlet refuses to register as a foreign agent, it will fall under the law on "non-governmental organizations (NGOs) — foreign agents". A media outlet will be required to report once every three months on its expenditure and the sources of its funding, while every six months it has to release reports on its activities. Once a year, the Ministry of Justice or the Prosecutor's Office will conduct an audit, and if there are complaints, unscheduled inspections might take place.

Violation or failure to comply with the requirements will result in administrative or criminal liability as well as the blocking of transmitting signal or of media websites.

Meantime, the amendments do not affect the Russian media with a share of foreign participation in the capital.

In July 2012, the Russian parliament adopted a law requiring NGOs that were engaged in political activities and received funding from abroad to register as "foreign agents" and to label all their publications as such. The law went into effect in November 2012. Putin said that such measure was needed to limit direct and indirect foreign interference as well as lobbying in the country.

Only One NGO Registered Under Russian Foreign Agent Law