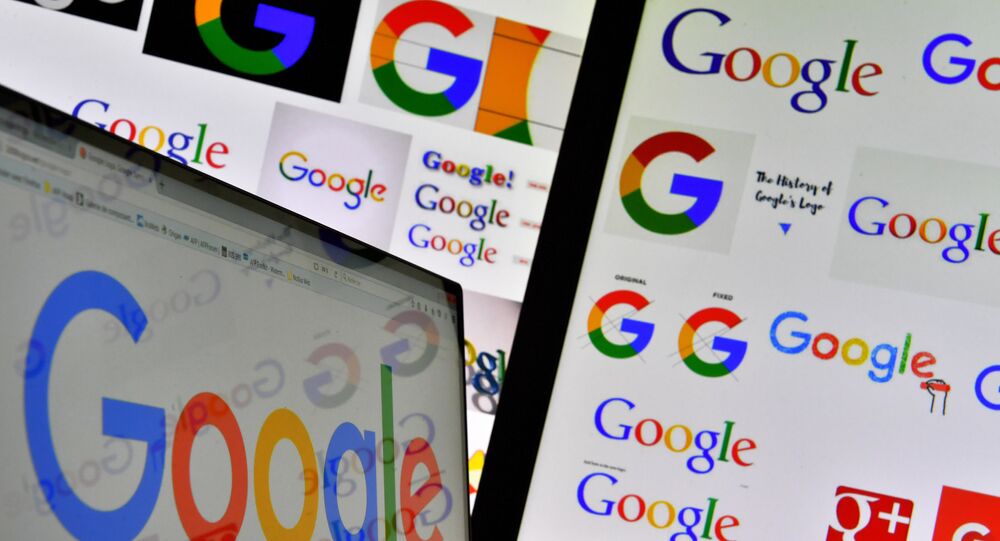 Eric Schmidt, the executive chairman of Google's parent company, Alphabet, announced last week that the company would "engineer" algorithms that would make it harder for articles from Sputnik and RT to appear on the Google News service. The Russian Foreign Ministry spokeswoman has commented on the announcement.

"We would like to draw your attention to the fact that such an artificial ranking of search results is a direct censorship and violation of the fundamental principles of freedom of speech," Russian Foreign Ministry spokeswoman Maria Zakharova has stated, commenting on Google's intention to derank Sputnik and RT.

According to Zakharova, "This kind of practice, if introduced, will contradict both common sense and the human right to free access to information on the Internet."

"This also directly affects the normal, healthy competition among the media, which is one of the principles of the democratic organization of society," Zakharova added.

Zakharova's statement comes in the wake of announcement made by Eric Schmidt, the executive chairman of Google's parent company, Alphabet, who said that the company would "engineer" algorithms that would make it harder for articles from Sputnik News and RT to appear on the Google News service, prompting RT and Sputnik Editor-in-Chief Margarita Simonyan's criticism as previously the US tech giant had confirmed that no violations had been found by the Russian media.

© AP Photo / Tolga Akmen
Google Called Out for Hypocrisy for De-ranking Sputnik and RT Articles
In a Senate hearing with US tech giants on the alleged Russian media interference in the November 2016 presidential election, CEOs of Google and Facebook have stated that they have not determined any abuses of their accounts by RT's advertisements after Twitter had decided to off-board advertising from all accounts owned by RT and Sputnik.

Russian media outlets have been facing increased pressure in the US, with RT America being recently forced to register as a Foreign Agent following the US Justice Department demand, prompting Moscow to prepare response measures toward US outlets in Russia.