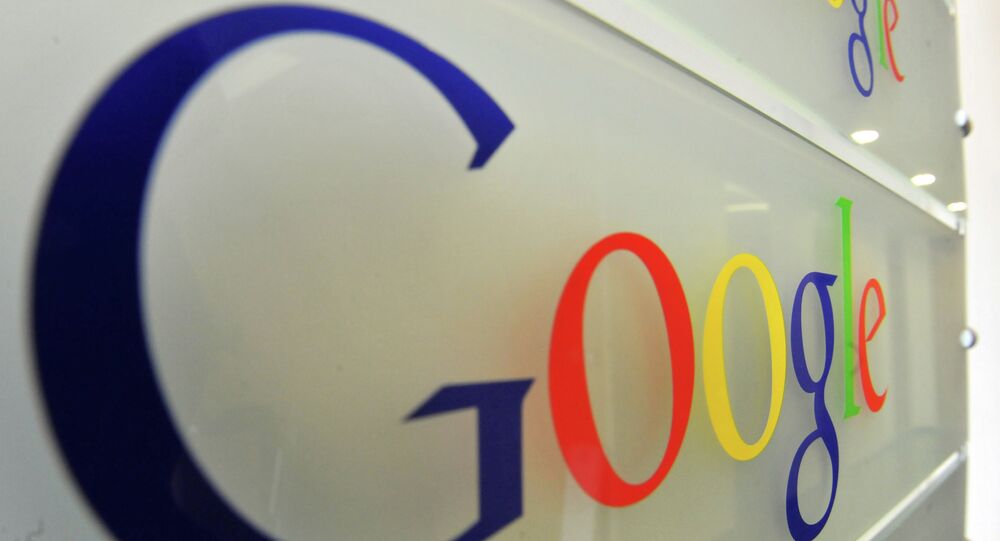 Eric Schmidt, executive chairman of Google's parent company, Alphabet, has told journalists at a conference in Canada on Saturday, that Google was engineering algorithms to "detect and de-rank" content from websites disseminating the alleged Russian propaganda, namely RT and Sputnik, in Google News search results.

© AFP 2021 / DANI POZO
‘Detecting and De-Ranking': Google Exec Says New Algorithm Will Hide RT, Sputnik Articles
In early November, Google, alongside Facebook, and Twitter gave testimonies to the US parliamentarians as part of the US authorities’ ongoing investigation into alleged Russia’s meddling with the US 2016 presidential election. The Russian embassy in the United States commented on their testimonies by saying that they had confirmed the lack of proof of the Russian government’s meddling with the US presidential vote.

Over the recent months, the Russian media in the United States have faced pressure over the allegations of meddling. Particularly, RT had to register as foreign agent at the request of the US Department of Justice. The demand had been characterized by Moscow as violation of the freedom of speech.

The Russian parliamentarians are currently considering a bill on designating as foreign agents media, operating in Russia, which are funded by foreign governments. Moscow says the bill is a mirror response to the West’s restrictions imposed on the Russian media outlets.