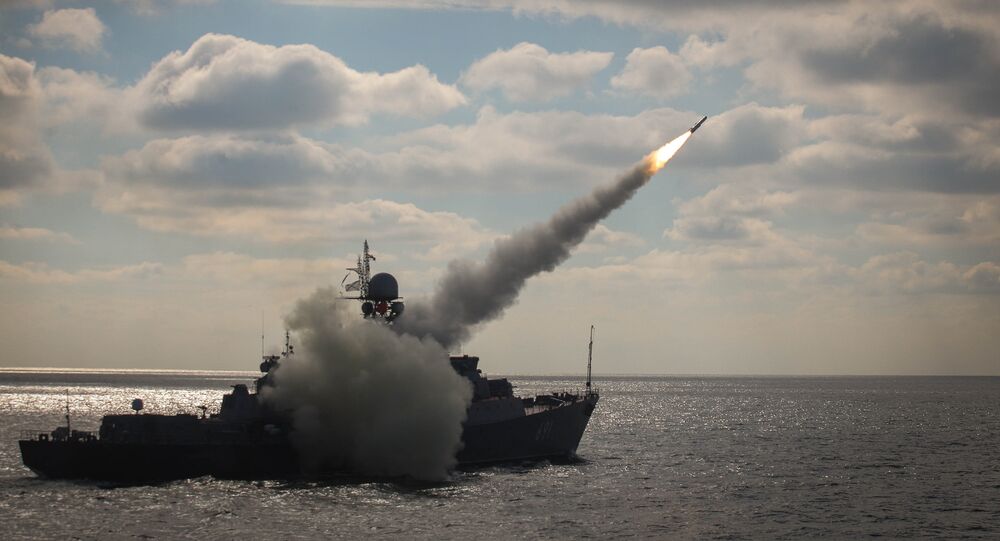 The provisional enemy targets were hit with Palash and Palma air defense guns and AK-630 close-in weapon systems as soon they reached the ships' firing range during the drills in the Caspian Sea.

Some 20 navy ships, boats, and vessels of the flotilla took part in the drills. Tatarstan and Dagestan Gepard-class frigates, as well as Buyan-class corvettes Grad Sviyazhsk, Uglich, Velikiy Ustyug, Volgodonsk, Makhachkala and Astrakhan were involved in the Caspian Sea exercise.

"During the exercise, the duty shift of the flotilla control center practiced directing air defense systems to repel an enemy attack coming from the air against bases and ships at sea," a spokesman for the Southern Military District Col. Vadim Astafev said.

The drills' scenario involved Russian radars detecting enemy planes approaching the country's borders. The control center then signaled to prepare air defenses while analyzing data on the airspace situation. Caspian ships then switched on their radio and visual camouflage.