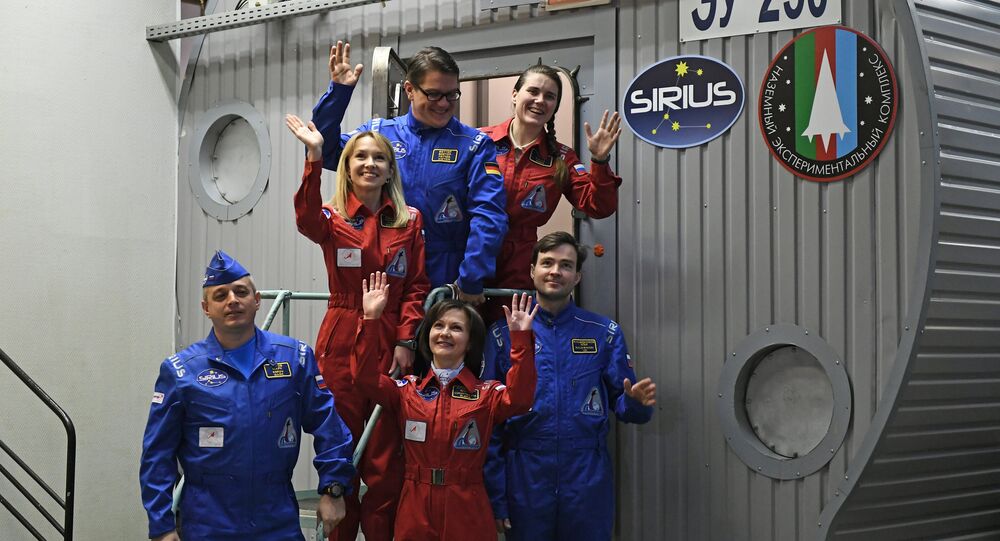 Russia has successfully tested a simulator of the spaceship, with the objective of reaching the moon. The experiment's goal was to create conditions similar to those encountered by a mixed crew during a long autonomous interplanetary flight.

MOSCOW (Sputnik) — Three of the six crew members of the SIRIUS project (an experiment simulating a flight to the moon) successfully carried out the first tests of the simulator of the new Russian spaceship Federatsiya ("Federation"), a representative of the Institute of Biomedical Problems of the Russian Academy of Sciences (IBMP RAS) told Sputnik.

During the test, the pulse, pressure and stress markers of the experiment's participants were monitored.

"Within the framework of the joint program of work with RSC Energia, the team successfully carried out the first board testing of the new Federatsiya spacecraft's mobile simulation stand, a fully-fledged simulator of the control, rapprochement and docking system."

The IBMP is conducting an international SIRIUS (Scientific International Research In Unique Terrestrial Station) project in Moscow, simulating the conditions of a long autonomous interplanetary flight comprising a mixed crew. In 2017, the first stage of the experiment lasted 17 days, while the following year, two experiments are planned: four months and 14-21 days.

The new manned spacecraft Federatsiya was designed by RSC Energia to deliver people and cargo to low earth orbit, as well as to the moon. The ship will be able to stay in the autonomous flight mode for up to 30 days, and up to a year as part of a space station system.

Depending on the modification, the ship will be equipped with four or five seats. The first Federatsiya spacecraft, which will be 80 percent composite-build, is planned to be commissioned by 2021.