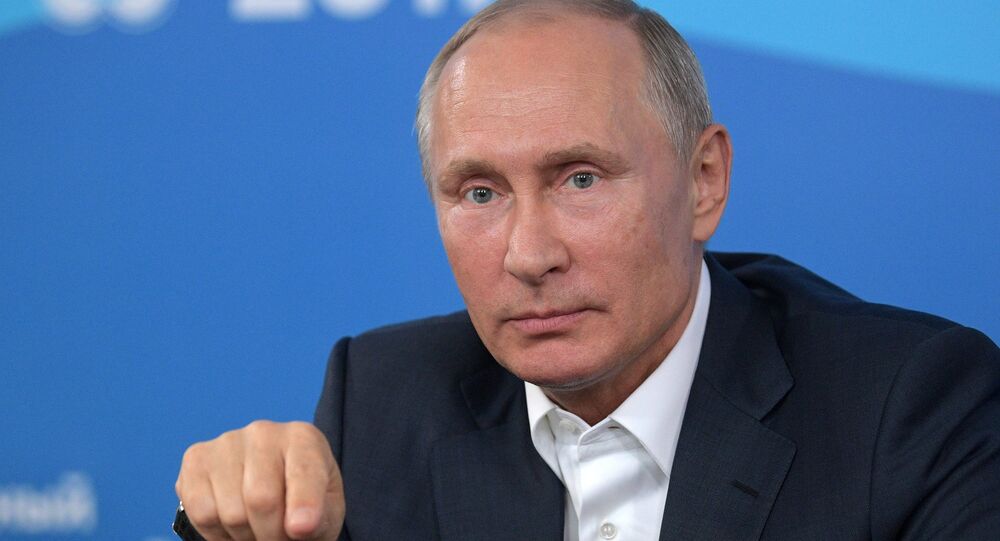 US Wants to Create Problems During Russian Presidential Elections - Putin

Russian President Vladimir Putin has commented on the Washington accusations of alleged Russian interference in the 2016 US presidential election.

"In response to our alleged interference in their [US] election they want to create problems during the election of the Russian president," President Vladimir Putin said.

He also touched upon accusations against Moscow of support for doping use, saying that it could be one of the ways to undermine the upcoming Russian presidential elections in 2018.

"That's what worries me: the Olympic Games should start in February, and we have presidential elections in March. There are very big suspicions that all this is being done to create an atmosphere of discontent among sports fans and athletes that is necessary for someone, that the state was allegedly implicated in violations and it is responsible for this," Putin told workers of the Chelyabinsk compressor plant.

These statements come amid an ongoing FBI probe into the alleged Russian meddling in the 2016 US presidential election, started after Donald Trump's victory, despite the fact that Moscow has repeatedly denied any interference in the election, calling the claims "groundless" and "absurd."

In his previous comments on the US-Russia relations during a plenary session at the Russian Energy Week forum, Putin said that Russia and the United States had shared fundamental interests, such as determining energy policies, fighting cyber-crime, preventing the proliferation of weapons of mass destruction and resolving the conflict in Syria and other regions.

Vladimir Putin has expressed hope that all these significant issues would lead to the improvement of bilateral relations.

US President Donald Trump has also repeatedly denied any possible links between his presidential bid and Moscow, as no evidence has been found.

READ MORE: Trump: 'No Collusion' Between Campaign and Russia

He also accused the Democratic camp of using the alleged Russia collusion claim to justify their poor performance in the 2016 presidential election.