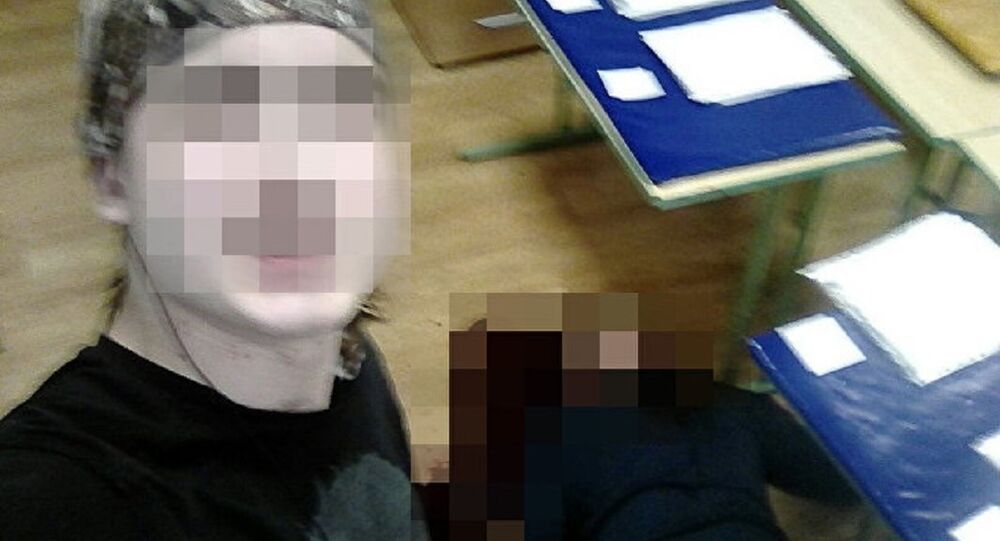 A brutal murder of a teacher that took place in a Moscow college has deeply shocked Russian residents. The 44-year old man was the father of two.

A young man who recently murdered a teacher in a polytechnical college in the Russian capital published selfies with the corpse on social networks, media reported today.

The photos depict the teen smiling while he stands next to the murdered man lying on the floor covered with blood.

A source in law enforcement agencies told RT that the suspect's name was Andrei E.

Photos appeared on the young man's "VKontakte" account about one hour ago. Later, the account was deleted due to numerous user complaints.

Law-enforcement authorities have reportedly launched a criminal investigation into the case.

© Sputnik / Kirill Kallinikov
Police officers outside polytechnic college No. 42 on Gvardeiskaya Street in Moscow where dead bodies of a teacher and student were found

Earlier, a representative of Russia's Investigative Committee, Yulia Ivanova, said there was also another body with multiple stab wounds found in the educational facility. According to media reports, the body could belong to the murderer who is said to have committed suicide.

The murdered teacher was 44 and the father of two.

Utah Man Shot in Back by Police; 'Che' Murdered 50 Years Ago