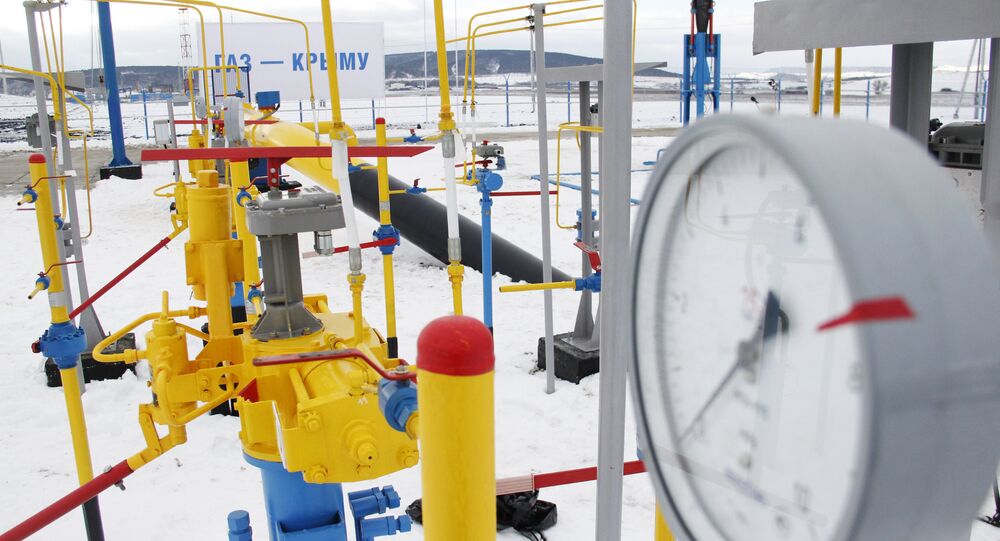 Two of South Crimea's pipelines have been damaged, interrupting the gas supply in the area. The examination of the pipeline section where the damage occurred is underway.

SIMFEROPOL (Sputnik) — Another gas pipeline was damaged in the southern Crimean settlement of Zaprudne, and the act may be regarded as sabotage, the head of the region's state unitary gas enterprise Krymgazseti told Sputnik on Wednesday.

"A medium pressure gas pipeline of 270 mm diameter has been damaged near Zaprudne settlement. The nature of the damages allows us to say that it may be an act of sabotage," Sergei Tarasov said.

Last night the gas supply of several settlements of the Southern coast of Crimea was interrupted after a gas pipeline near the Crimean city of Alushta was damaged, as the Russian National Antiterrorism Committee reported. The accident also led to the collapse of a local power line. The investigation is underway, sabotage has not been excluded as a motive for the accident.

The head of the region Sergei Aksenov has commented on the accident, saying that emergency services responded quickly and effectively. The emergency teams worked all night. Restoration work is still underway. The power supply will be fully restored within 72 hours, gas supply — within 24 hours.