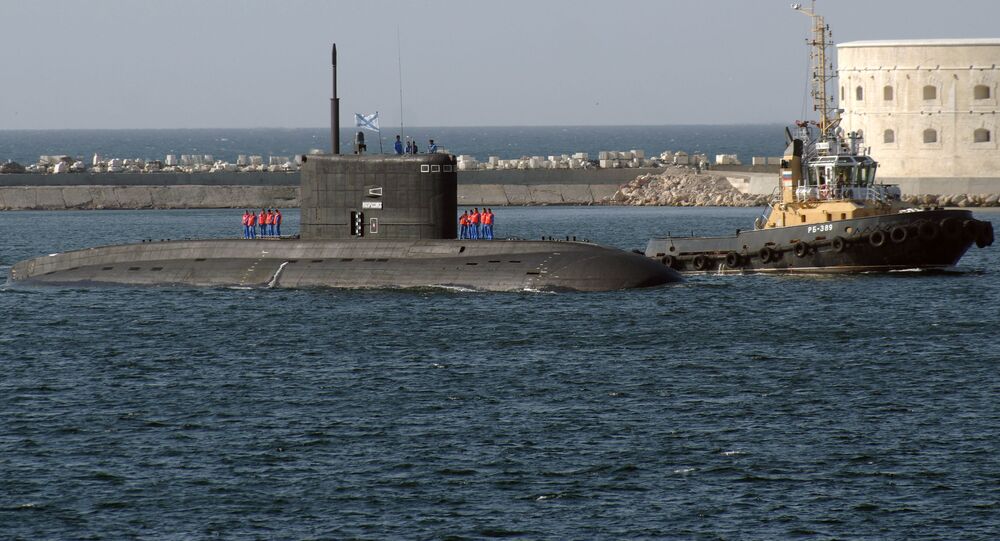 The Ukrainian media outlet dubbed Apostrophe has reported that Lt. Gen. Ihor Romanenko said that Russia was preparing the submarines of its Black Sea Fleet to use them against Ukraine.

MOSCOW (Sputnik) – Vladimir Shamanov, the head of the defense committee of the State Duma, Russia's lower house of parliament, told Sputnik on Sunday that the recent statements voiced by Ukraine's military about an alleged threat posed by Russian submarines were groundless:

"There is absolutely no cause [for such statements]… [The Ukrainian Navy] does not even have enough resources or the capability to even sail the seas. Everything they have is just a poor Soviet legacy from the 1960s and 1970s. It is incompetent and even ridiculous to say that Russia would use submarines against them," Shamanov said.

The Russian official added that Ukraine's Armed Forces had poor combat capabilities, citing the Ukrainian Defense Minister, who had recently reported about significant non-combat losses of the Ukrainian army due to illnesses, alcohol, and the violation of security measures.

Relations between Moscow and Kiev have soured since the start of the Maidan junta-related events in Ukraine in early 2014. Since then, Kiev has repeatedly accused Moscow of alleged involvement in the unfolding crisis in Ukraine.