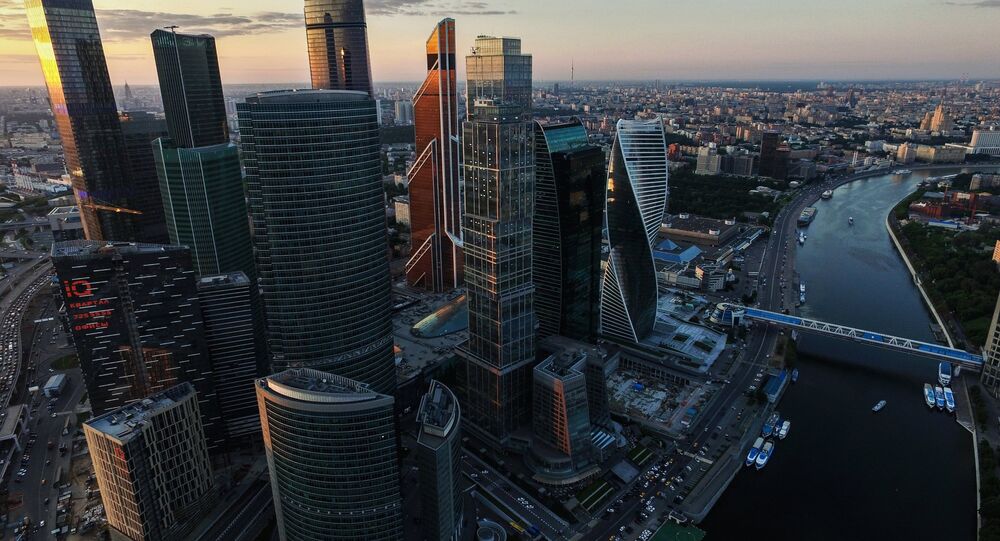 The Russian Minister of Industry and Trade Denis Manturov stressed at the annual meeting of the US-Russia Business Council in New York the importance of maintaining decent business ties with Washington. The senior Russian official expressed his hope that political controversies would not curb emerging opportunities for mutual cooperation.

"First of all, we are interested in developing relations and business," Manturov said. "Considering reciprocal measures constantly is not a fruitful occupation… but at the same time we expect that this will be a sensible approach, this should not affect the business…What is especially important Russia-US cooperation is getting stronger in the area of high technologies, particularly after the sanctions pressure," the Minister stated.

Senior Russian official said that Western companies have felt the effect of sanctions against Moscow more vividly than Russian businesses.

© Sputnik / Sergey Pyatakov
Political Controversies Will Not Shatter US-Russia Business Ties
"Our country was not the one that initiated the current complex situation. And it was not so much the Russian companies but Western businesses that felt the consequence of the sanctions," Manturov noted.

Denis Manturov also expressed hope that the US-Russia Business Council (USRBC) would help the normalization of relations between Moscow and Washington.

"The USRBC is a very important venue for working on effective formats of cooperation between the businesses of our countries," Manturov said. "It is a very important tool in light of the current geopolitical situation. And hence, the role of the Council is becoming even more significant because it is the economic area that remains the foundation for continued constructive dialogue between Russia and the United States."

The Minister added that he had three meetings with Boeing, Ford and AB InBev at USRBC.

Manturov's trip to the United States is a positive sign for business despite the current tensions between the two countries, President of Boeing Russia and the Commonwealth of Independent States (CIS) Sergey Kravchenko told Sputnik.

"I think the very fact that in these difficult times the political leadership of Russia sends such a high level of representatives to the United States is a positive one," Kravchenko said on Thursday at USRBC in New York.

Meantime, the director of strategy and planning at Philip Morris International Alexey Kim told Sputnik that the US tobacco giant had no difficulties operating in Russia amid the heightened tensions between the two countries and anti-Moscow sanctions.

"We haven't seen any difficulties because our businesses operate on the Russian territory, and we are not just the Russian production company, but also a Russian exporter," Kim said Thursday at USRBC. "We are trying to look at the situation pragmatically, and as of now, knock on wood, it [threat of sanctions] hasn't materialized into anything concrete."

Kim spoke with Sputnik after he held a meeting with Russia’s Minister of Industry and Trade Denis Manturov.

© Sputnik / Evgeni Biyatov
Russia to Develop Renewable Energy Sector With US Help - US-Russia Council
"We exchanged our thoughts on the status of the Russian economy, reaffirmed our commitment to the statements we made at the St. Petersburg Economic Forum in regards to the expansion of our productive capacities of the factory in Leningrad region," he noted. "We also raised the question of government and private partnerships on enhancing efforts to combat contraband products in Russia."

He said Manturov had reaffirmed the Ministry's commitment to "find solutions that will make business operations more transparent with fewer expenses." "I think that the things that are important to trademark-owners are equally important to the government," he added.

Kim also said they had talked about the need for adjustments to current regulation. "It's one of the questions that we plan to further discuss upon return to Moscow," he said.

© Sputnik / Alexander Kryazhev
US Business Continuing Projects in Russia Despite Sanctions – AmCham
Denis Manturov is currently in New York, where he participated in US-Russia Business Council’s annual meeting. He said Russia expected the US government to take a more sensible approach to its newly-suggested sanctions after it imposed economic curbs on Russia in August, promoting retaliation from Moscow.