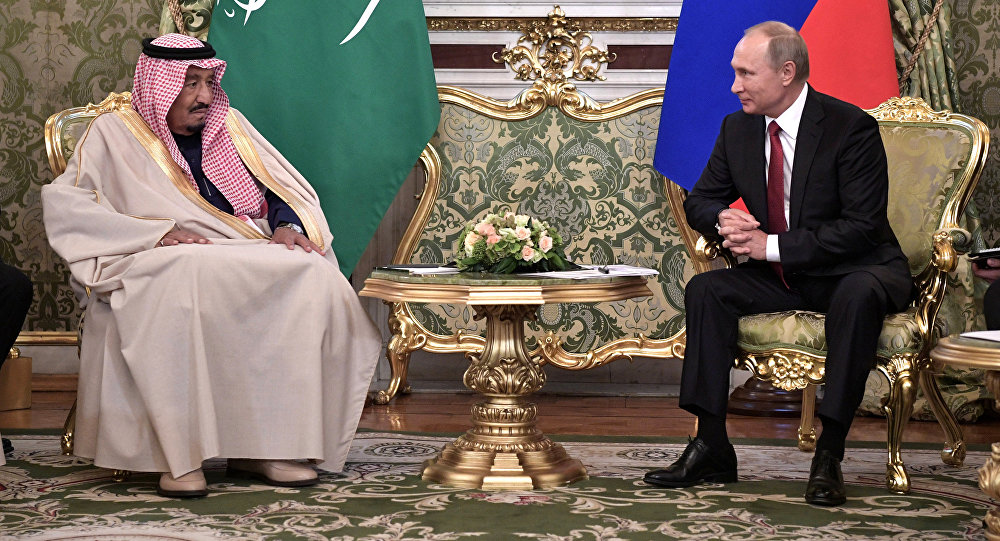 The Saudi ambassador to Russia has spoken to Sputnik about the prospects of Moscow-Riyadh cooperation after the "landmark" King Salman's visit.

"The visit of Custodian of the Two Holy Mosques King Salman bin Abdulaziz Al Saud to Russia, during which a mutual understanding was reached at his meeting with Russian President Vladimir Putin, will contribute significantly to the rapprochement between the two countries and the development of bilateral cooperation, especially in the field of business," Saudi Ambassador to Russia Abdulrahman bin Ibrahim Al-Rassi told Sputnik after he had been awarded the Russian Foreign Ministry's insignia "For Cooperation."

The Russian Foreign Ministry's insignia "For Cooperation" is awarded to individuals for their collaboration with the ministry and contribution to the development of other countries' ties with Russia.

The Saudi ambassador has called for a quality shift in the relations between the two countries in various areas, as well as for a continuing joint search for new possibilities to strengthen current ties between Moscow and Riyadh, stressing the role of cultural and research institutions, as well as the media, in rapprochement between the two countries.

In early October, King Salman bin Abdulaziz Al Saud has paid his first-ever visit to Russia, described by Putin as a "landmark" event. It resulted in a number of agreements being reached in various fields, including cooperation in trade, investment and economy. Moreover, Putin and the Saudi King discussed the crises in the Middle East, with Syria being high on the agenda of the talks.

The visit is considered a historical event for both counties, as the invitation of President Putin was accepted already back in 2007 by the late King Abdullah, but was postponed due to different views on the Syrian crisis.