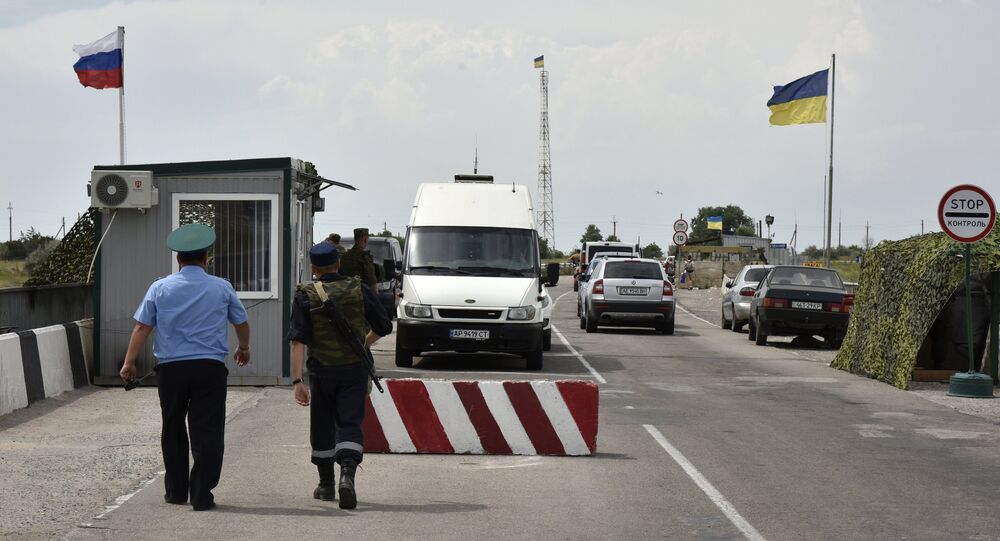 An armed Ukrainian national has been detained.

MOSCOW (Sputnik) — The Russian Federal Security Service (FSB) has announced a Ukrainian national possessing an arsenal of handguns and grenades being wounded during shootout when trying to illegally cross the border with Russia.

"Officers of the Russian FSB border department in the Kursk region have detained a 31-year-old national of Ukraine who illegally crossed the state border from Ukraine to the Russian Federation. When he was being detained, he tried to respond with fire and made an attempt to hide in Ukraine's territory. During the ensuing shootout, he received gunshot wounds of medium severity."

According to the FSB, the man was armed with two pistols, five hand grenades, while also carrying a liquid substance of gray color, presumably mercury.

No further information has been provided by the Russian Federal Security Service.

Since Russian and Ukrainian relations have significantly deteriorated as a result of the 2014 Maidan coup, leading to Crimea's reunification with Russia following a referendum, as well as to an armed conflict between Kiev and local militia in Donbass, the neighboring states' law enforcers have several times detained people at the border. The latest such incident took place in mid-August, when a Ukrainian citizen suspected of preparing diversions in Crimea was detained, with Kiev claiming that he legally crossed the border with Russia.