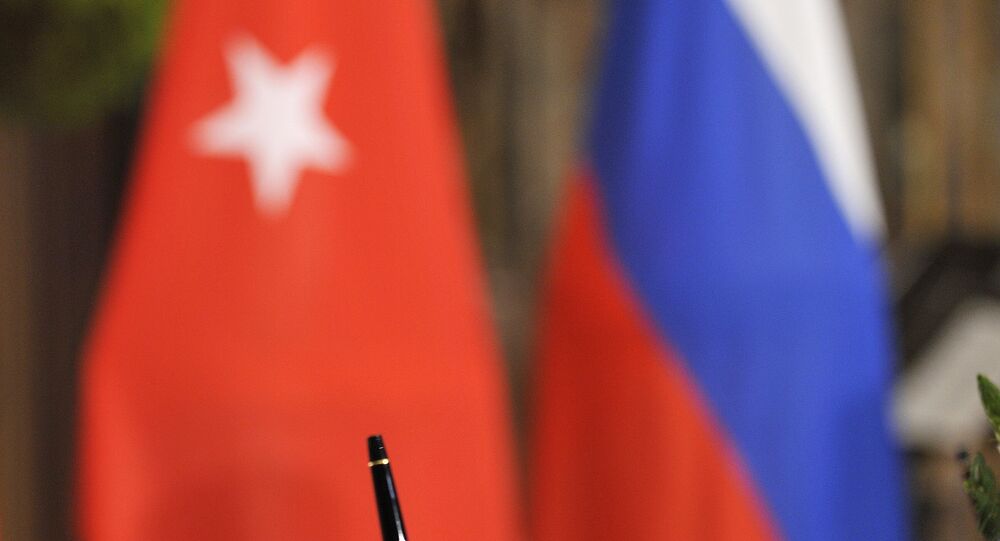 The Russian Energy Minister is optimistic about the introductions of a visa-free regime for Turkish heavy vehicles.

"We positively assess the introduction of a visa-free regime for Turkish citizens. The Russian Ministry of Foreign Affairs has already received proposals to abolish the need to obtain visas for holders of service passports and drivers of heavy vehicles. We are optimistic about the speedy completion of this process," Novak told Anadolu news agency in Kazan, where a meeting of the Russian-Turkish intergovernmental commission was held.

Russian-Saudi Rapprochement, 'Mad Dog' Against CPEC, US-Turkish Visa War
Russia introduced a visa regime for Turkish citizens after the deterioration of bilateral relations in November 2015, when Ankara downed a Russian military jet over Syria. Bilateral ties began to improve following Turkey's apology in June 2016, and on May 22, 2017, Moscow and Ankara signed an agreement on the mutual lifting on most of the restrictions, but a visa regime for Turkish nationals is still in place.

In late May, Russian President Vladimir Putin expanded the list of categories of Turkish citizens entitled to visa-free travel to Russia and granted such a right to members of Turkey's aircraft crews, as well as Turkish nationals, who have valid service passports and are sent to Russia for short-term business trips, including to Turkish diplomatic missions and consular offices in Russia.

Putin-Erdogan Talks to Give Fresh Impetus to Russian-Turkish Relations