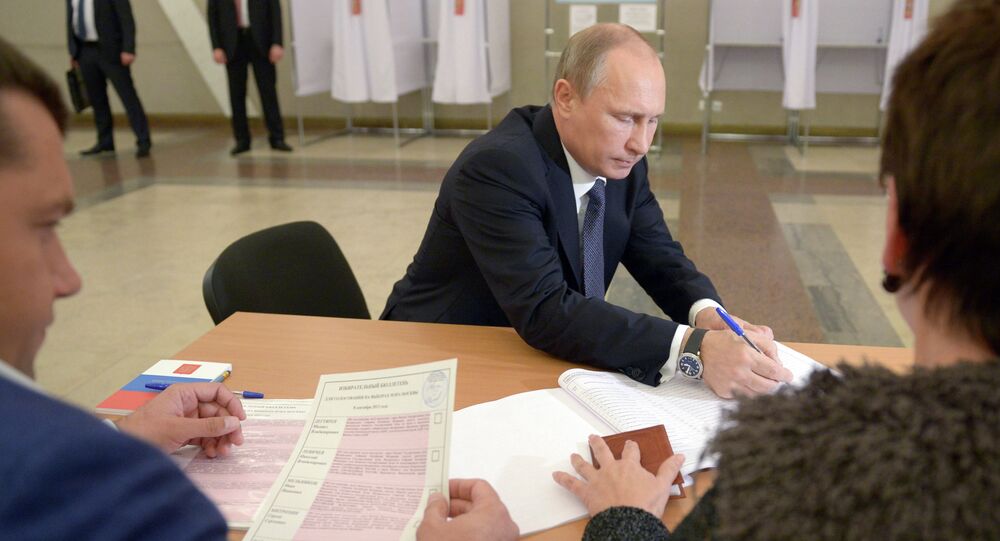 The presidential election in Russia is scheduled for March 2018; the election campaign is expected to start as soon as December 2017. Some politicians have already announced plans to run for the presidency.

MOSCOW (Sputnik) – The chairman of the Russian Federal Assembly's Foreign Affairs Committee Konstantin Kosachev said that "the United States recognizes only elections which pro-Western candidates win as fair and democratic. All other electoral procedures and results are anathematized almost every time. According to the increasing number of statements on the issue of 'Russian meddling', it seems that the scale of US pressure could be unprecedented."

The Russian official added that despite the strength of the US economy and armed forces, Washington had interfered in foreign elections at least 81 times between 1946 and 2000, according to US estimations.

© Sputnik
Russia to Invite Int'l Observers to Monitor Presidential Elections - MP
Statement comes in a response to the US Ambassador to the United Nations Nikki Haley saying that Russia was using election meddling as a "weapon of choice" to undermine democracy worldwide and must be held accountable for this, adding that such interference was "warfare."

The US Congress is currently investigating Russia's alleged meddling in last year's US presidential election. The Federal Bureau of Investigation (FBI) has been carrying out a similar investigation. A number of hearings regarding the issue have been held in Congress, but intelligence service officials did not provide any evidence, claiming that the information was confidential.

The US media outlets have also accused Russia of meddling in the election campaign and claimed, citing unidentified sources, that the team of Donald Trump, who won the presidential vote, allegedly had ties with Russian officials and businessmen.