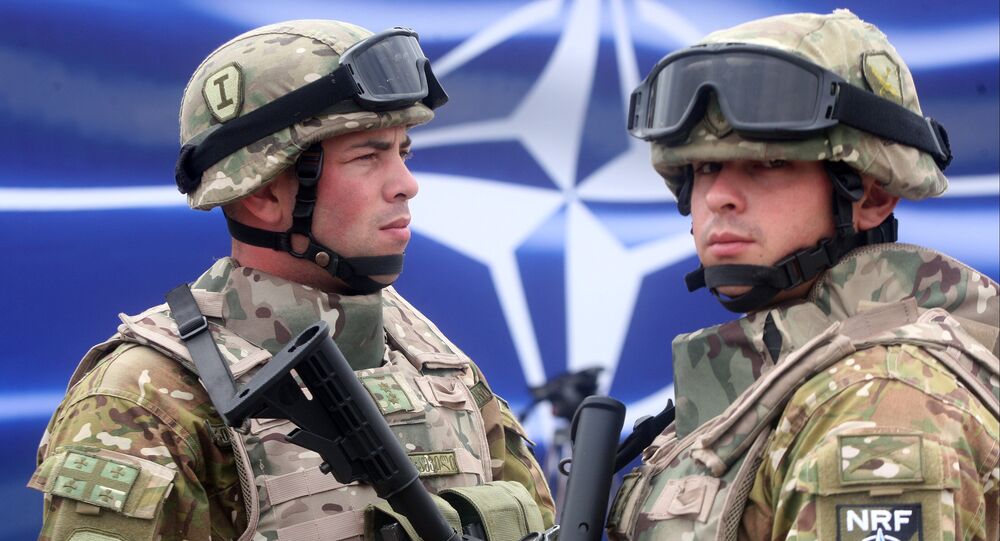 The Russian Foreign Ministry said in a statement on Wednesday that Russia, South Ossetia and Abkhazia view further expansion of military ties between Georgia and NATO as a real threat to regional security.

MOSCOW (Sputnik) — The recent joint Georgia-NATO military drills, held in summer and autumn, are leading to the escalation of tensions in the region and devaluing the work of the Geneva discussions format, the ministry said.

"The delegations of Russia, Abkhazia and South Ossetia emphasized that further deepening of Tbilisi's cooperation with NATO is perceived as a real threat to regional security," the ministry said in a statement, adding that the recent joint Georgia-NATO military drills in Georgia had clearly anti-Russian and provocative nature.

© REUTERS / Zurab Kurtsikidze/Pool
'Key Strategic Partner': Pence Vows Georgia Will 'One Day' Become a NATO Member
Georgia is not a NATO member but has long been seeking membership and cooperation with the alliance. In May, the NATO Parliamentary Assembly held a plenary session in the Georgian capital of Tbilisi and adopted a declaration of support of Georgia's NATO integration.

"[The drills] involved a record number of servicemen and military hardware… The emissaries of some NATO states, who attended the drills, stressed the anti-Russian nature of the maneuvers and their importance for Georgia from the point of view of the future 'de-occupation' of South Ossetia," the statement said.

© Sputnik / Mikhail Palinchak
Top US Think Tank Says NATO Should Swallow Up Georgia, Macedonia, Bosnia & Ukraine
The breakaway republic of South Ossetia and Abkhazia declared independence from Georgia in the early 1990s. In August 2008, Georgia launched a military offensive against South Ossetia. Trying to protect local residents, many of whom had Russian citizenship, Russia sent troops to South Ossetia and engaged in a five-day war with Georgia. As a result, Russia managed to expel Georgian troops from the breakaway region and recognized independence of Abkhazia and South Ossetia.

Representatives of Abkhazia, Georgia, South Ossetia, Russia and the United States, with the co-chairmanship of the UN, OSCE and EU held regular consultations on security and stability in Transcaucasia in Geneva, Switzerland, on October 10-11.