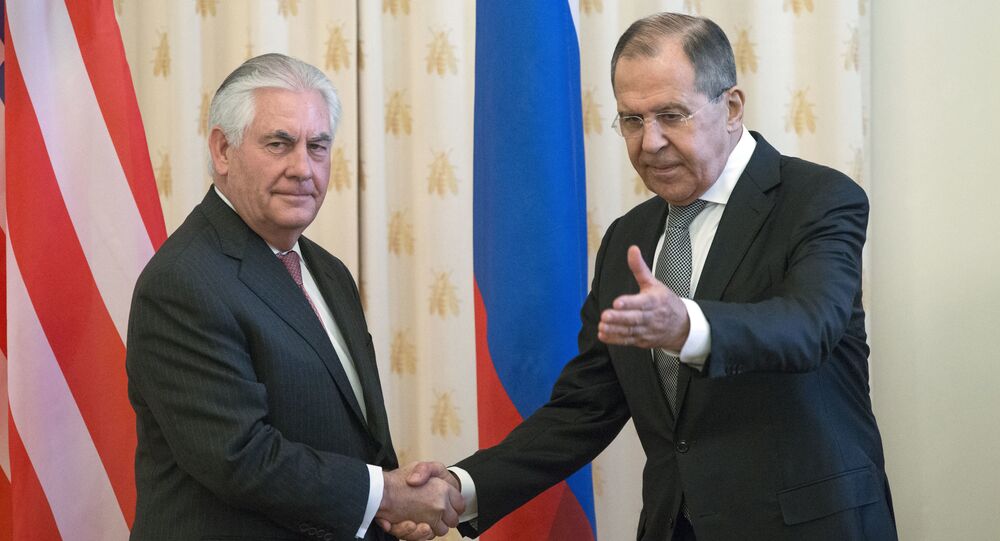 The Russian foreign minister held a telephone conversation with his US counterpart on a number of issues, including Syria, North Korea and a seizure of Russian diplomatic property.

MOSCOW (Sputnik) — Russian Foreign Minister Sergei Lavrov held on Monday a telephone conversation with US State Secretary Rex Tillerson, during which the sides discussed the current situation on the Korean peninsula and the process of Syrian political settlement, the Russian Foreign Ministry said in a statement.

"Lavrov stressed the inadmissibility of the escalation of tensions on the Korean peninsula, which is being provoked by US military preparations in the region, and called for resolution of the contradictions exclusively by diplomatic means," the statement said.

Lavrov and Tillerson also discussed the functioning of the de-escalation zones in Syria and the process of political settlement there.

"The sides exchanged views on the situation in Syria, including the prospects of the Russia-US collaboration to provide the functioning of the de-escalation zones and promote the process of political settlement," the ministry said.

Lavrov also called for a resolute fight against terrorist groups in Syria and respect for the territorial integrity of the war-torn country.

"When considering the situation in bilateral relations, Lavrov once again stressed demand on the return of illegally seized objects of the Russian diplomatic property, and highlighted that Russia reserves the right to legal proceedings and retaliatory measures," the ministry said in a statement.

Both sides also expressed support for the continuation of dialogue on complex issues of Russian-US relations, which is carried out by Deputy Foreign Minister Sergey Ryabkov and US Under Secretary of State for Political Affairs Thomas Shannon, the ministry added.