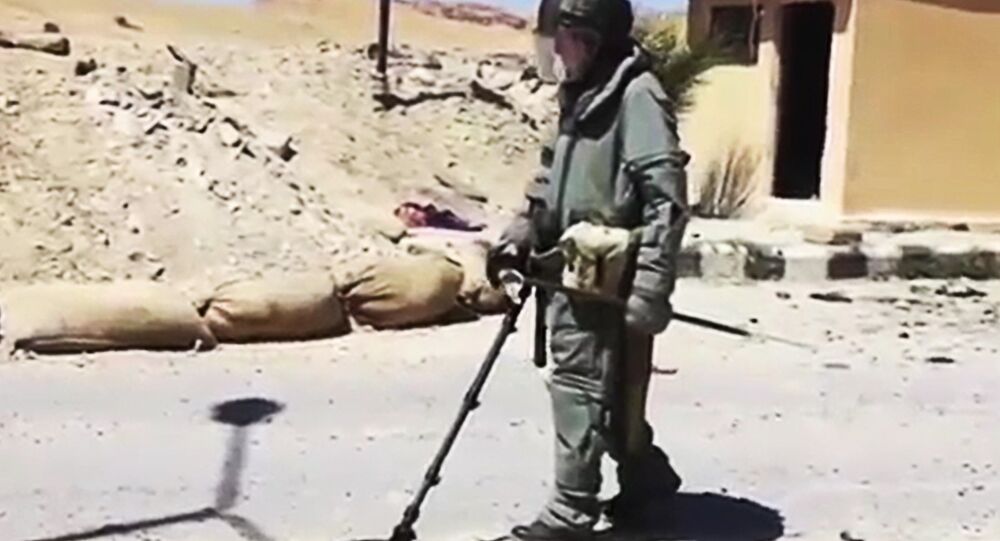 Russian President Vladimir Putin called on the international community to reject the policy of double standards in fighting terrorism.

“We support a complex approach in countering terrorism, proliferation of its ideology, financing of illegal armed groups, rejecting the policy of double standards in fighting the main threat of modern times,” Putin said at a meeting of heads of security and law enforcement services of partner states of Russia’s Federal Security Service.

© AP Photo / Hussein Malla
US Have Other Political Goals in Syria Apart From Fighting Terrorism – Lavrov
According to the Russian president, counterterror operations in Syria and Iraq have not yet led to the elimination of terrorism, because it led to spread of the terrorism worldwide. Moreover, he added that terrorists who underwent training and ideological preparation in combat zones and then returned to their countries were seriously dangerous.

In terms of Russia, Moscow has been assisting Damascus since September 2015 at the request of the Syrian government, both through support in the struggle against the terrorist groups and providing humanitarian aid to the residents of the crisis-torn country. Since the start of the Russian operation, the Syrian army has managed to liberate the country's biggest city of Aleppo, the ancient city of Palmyra, as well as lifted the siege of the city of Deir ez-Zor.