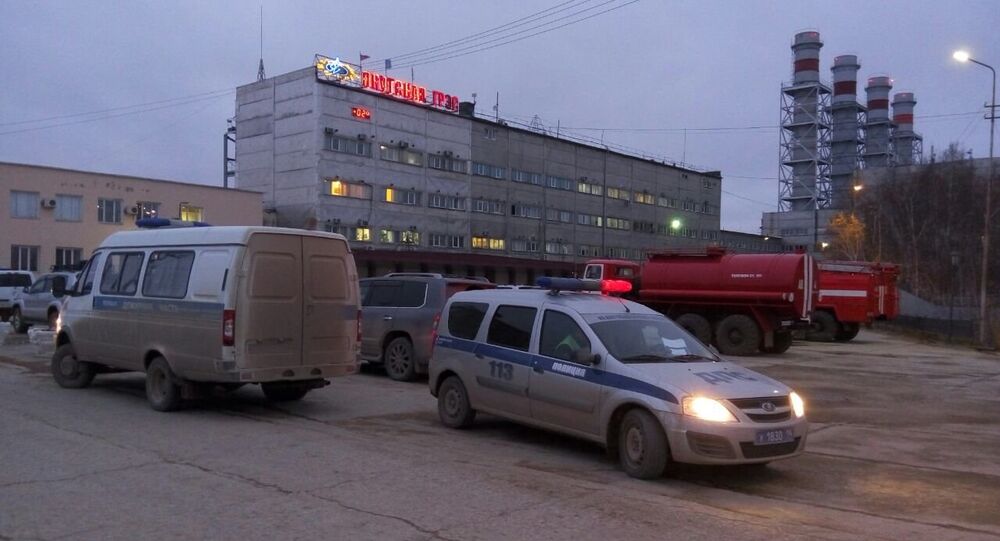 The state of emergency was declared in the Russia’s Far Eastern Republic of Yakutia after a large fire in a reserve gas turbine facility of the Yakutsk thermal power station.

MOSCOW (Sputnik) – Russian Emergencies Minister Vladimir Puchkov declared on Sunday the state of emergency in Russia’s Far Eastern Republic of Yakutia over the cut of heating, electricity and running water caused by a fire at the Yakutsk thermal power station.

Earlier in the day, a fire erupted in a reserve gas turbine facility of the Yakutsk thermal power station, leaving one person injured. The fire was tackled but the power station was knocked out. Another power plant was overloaded after failure of the first one and also became inoperative, thus leaving Yakutsk and some other areas without heating, electricity and running water.

"I am declaring the state of emergency in the Sakha Republic [Yakutia]. Call in all heads [of departments] – both in Yakutsk and all the areas where energy cuts took place. Operational groups should be at any site. Gradual power connection should be ensured at all facilities, primarily at socially important ones," Puchkov said.

He also demanded to ensure stable work of all emergency life support systems and ordered to inform local residents about measures taken to resume the cut services.

Yakutsk is located at one of the Siberian cold poles. On Monday night, Yakutsk will face snow and temperature of —4 degrees Celsius (24.8 degrees Fahrenheit), according to meteorologists’ forecast.