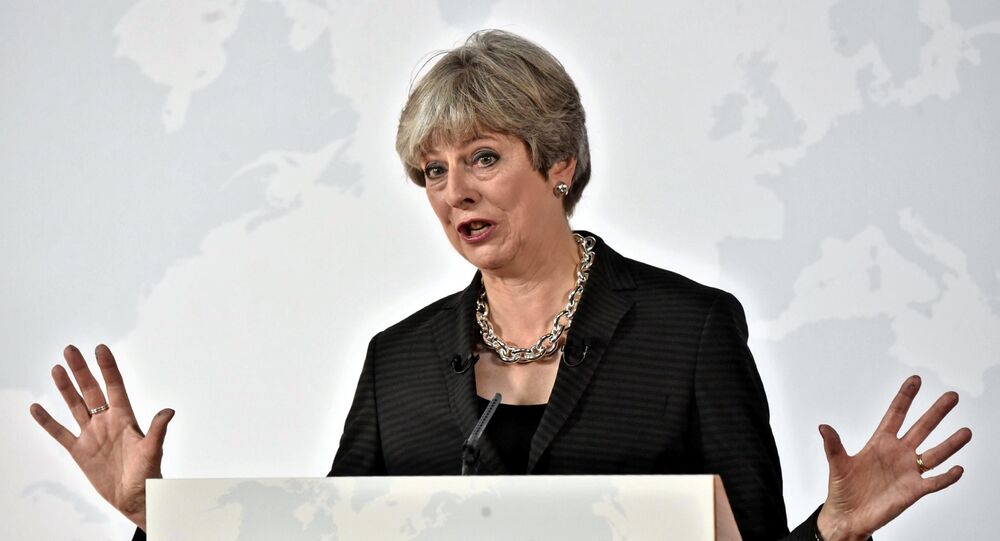 During a meeting with UK servicemen at the Estonian military base Tapa British Prime Minister Theresa May claimed that Russia represented a threat to Poland and the Baltic states.

MOSCOW (Sputnik) — The Russian Embassy in the United Kingdom considered the statement of UK Prime Minister Theresa May on Moscow's alleged aggression, threatening the Baltic States as being unacceptable, according to a statement issued by the Russian diplomatic mission on Friday.

Earlier in the day, May said during her visit to Estonia that Russia’s continued aggression represented a growing threat to Estonia, Latvia, Lithuania and Poland. She noted, addressing the UK personnel at the Tapa military base, that NATO troops were stationed in Estonia to thwart possible threats from Russia.

"We believe such statements are unacceptable, especially given the repeated assurances of the British Government of their readiness to build up constructive relations with Russia. It is also worth noting that Prime Minister described Russia as 'aggressive' during her visit of a military compound on Russia’s borders where British troops are deployed. Russian troops, however, are nowhere near the borders of UK," the statement said.

© Photo : Ministry of defence of the Russian Federation
Russian MoD Doubts UK's Major Role in Defeating Daesh in Syria, Iraq
NATO has been boosting its military presence in Eastern Europe, citing Russia's alleged meddling in the Ukrainian crisis in 2014. Following the July 2016 summit, the alliance announced that it would deploy four multinational battalions to Lithuania, Latvia, Estonia and Poland. Moscow has repeatedly refuted the claims regarding Ukraine and stated that NATO’s military buildup near its borders was provocative and could lead to regional and global destabilization.

The claims that Russia allegedly poses a threat to the Baltic States are not new. According to the statement of Russia's Foreign Minister Sergey Lavrov of June 2016, NATO recognizes that Russia has never planned to attack any NATO member, but uses the pretext of alleged Russian aggression to deploy more equipment and battalions next to Russian borders.