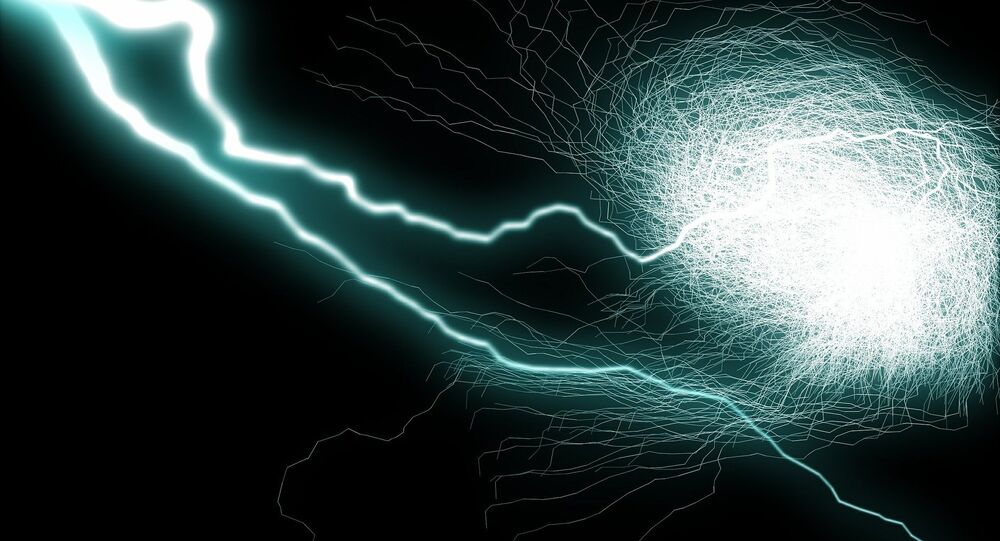 Russia's Electromagnetic Weapons Could Be 'More Efficient Than Nuclear Weapons'

Russia is developing radio-electronic weapons, which use a powerful UHF impulse capable of destroying all electronic equipment miles away and even changing the course of a war.

Alexander Khrolenko (RIA Novosti) – The Listva, a remotely operated mine clearance vehicle capable of detecting and blowing up mines up to 100 meters away, is one such weapon.

An armored vehicle equipped with a UHF emitter moves in front of a mobile missile system. It detects radio-controlled landmines planted along and away from the road using ground-penetrating radar and then uses ultra-high-frequency rays to neutralize them.

This is a novel technique, which had never been used before.

© Sputnik / Natalia Seliverstova
Russian MoD to Use New Electromagnetic System in Securing Facilities
During a drill on Wednesday, some 20 real cellphone-controlled explosive devices were planted along the route of a column of Yars mobile ballistic missile systems. A single Listva vehicle spotted all of them and blew them up long before the missiles reached the area.

In the next two years Russia’s Strategic Missile Forces will receive over 150 Listva robotic mine clearing vehicles.

The unique radio-electronic weapons based on new physical principles, which were successfully tested in Russia last fall use mobile electromagnetic emitters to disable missile warheads and onboard aircraft electronics many miles away.

The electromagnetic bombs developed by Russia can be more effective than nuclear weapons because they are able to neutralize entire armies with just one short electromagnetic impulse.

Moreover, unlike already exiting electronic jammers, they can completely take out or seriously damage even off-line weapons like tanks, grounded planes and missiles in silos.

Earlier, media reports said that Russia’s defense industry had come up with the Alabuga, a new electro-magnetic missile, which uses a powerful UHF emitter to disable all enemy electronics within a radius of 3.5 kilometers (2.3 miles), turning it into “a heap of scrap metal.”

© CC0
Blind, Deaf and Mute: Russia's New Electromagnetic Missile to Turn Enemy Weapons Into 'Scrap Metal'
A directed beam of waves of a particular frequency has a sledgehammer effect on electronic equipment knocking out computers and navigation systems by physically destroying their motherboards.

Russia plans to install such weapons on its sixth-generation fighter drones because powerful UHF radiation can kill pilots.

Radio-electronic weapons are able to jam a tank’s loading mechanism, blow up artillery shells inside a turret and destroy enemy soldiers hiding inside a bunker or taking cover up to 100 meters underground.

The US, Israel and China are equally busy developing their own types of electromagnetic weapons. During Operation Desert Storm in Iraq in 1991, the Americans used a relatively primitive electronic bomb by fitting the warheads of their Tomahawk cruise missiles with carbon fiber.

YouTube/USNavyResearch
US Navy Tests Electromagnetic Railgun That Shoots Projectiles at 4,500 MPH
As a result, the missiles short-circuited the electrical lines of Iraqi power stations and power lines severely degrading the country’s vital infrastructure and air defenses.

Since electromagnetic weapons are capable of pushing a nation back centuries, countries are now developing ever ever-new means of defending themselves again these fearsome weapons.

Russian MoD to Use New Electromagnetic System in Securing Facilities