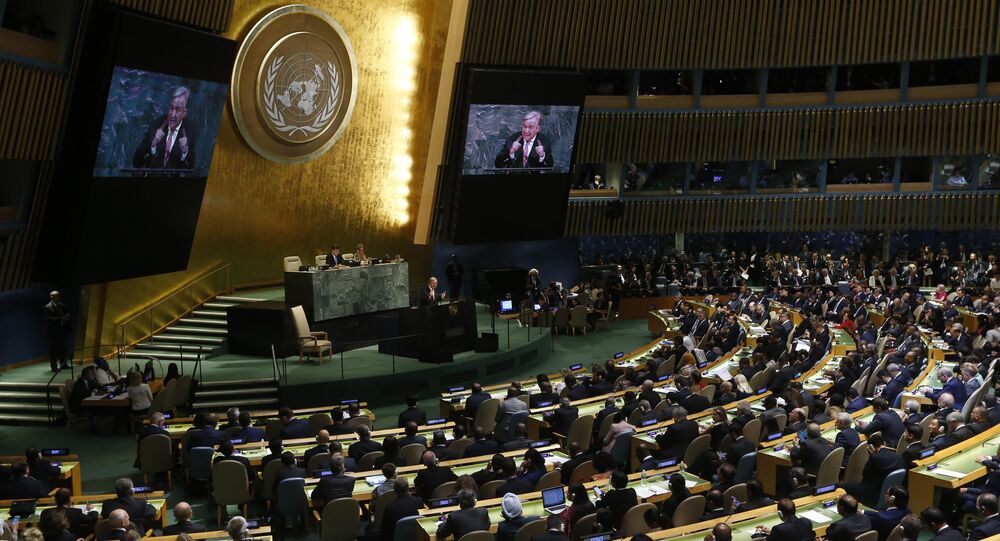 The Russian mission to the UN said in a statement Wednesday that Russia couldn't continue cutting its nuclear arsenal under the deal with the US only.

MOSCOW (Sputnik) — Russia can no longer cut its nuclear arsenal based on its bilateral deals with the United States alone, the country’s mission to the UN warned Wednesday.

"Russia cannot move any further in the reduction of its nuclear weapons based only on bilateral agreements with the US… We cannot continue to ignore the potential of all other nuclear weapon states any longer," the mission said.

The statement came a week after the UN opened for signing the world’s first legally binding treaty for the prohibition of nuclear weapons, which seeks to scrap some 15,000 nukes stashed worldwide.

Washington's ambition to create a global missile defense system, its decision not to ratify the Comprehensive Test-Ban Treaty (CTBT) and the possibility of future arms deployment in outer space contributed to Russia’s decision to exercise "utmost caution" with regard to the UN initiative that, the mission said, was unlikely to change the status quo.