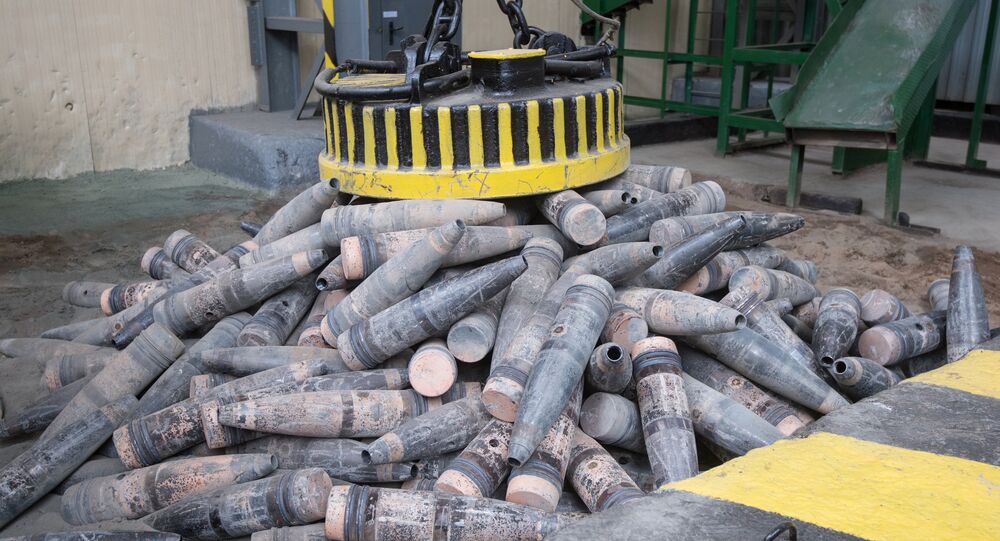 Russian President Vladimir Putin has called the destruction of the last chemical munitions in the country a "historic event."

The last kilogram of Russia's 40,000-tonne stockpile of chemical warfare agents, which was contained in two artillery shells, was destroyed on Wednesday at the Kizner facility in Udmurtia.

Attending the event via video link, Putin said that it is "a huge step towards" a more balanced and secure world, stressing that Russia had held the largest chemical stockpiles in the world. Putin also said Russia was working closely with partners to save mankind from the threat of the use and spread of chemical weapons.

"In this regard, I would like to recall the key role of our country in solving the problem of chemical weapons in Syria," he said.

The president pointed out that Moscow is fulfilling all of its obligations under the non-proliferation treaties and expects that other countries, including the United States, will follow in Russia's footsteps.

© AP Photo / Ahn Young-joon
South Korea Condemns Use of Chemical Weapon in Kim Jong Nam's Murder
"As is known, Russia was the largest holder and possessor of chemical weapons, and so far the United States, which unfortunately does not fulfill its obligations on the timing of the destruction of chemical weapons, has already three times postponed the destruction on the pretext of lack of funds, which sounds very strange," he pointed out.

The elimination of chemical materials was conducted under the Chemical Weapons Convention (CWC), an arms control treaty that prohibits the production, stockpiling, and use of chemical weapons. The treaty, which came into force in 1997, has been signed by 192 states as of April 2016.

Russia joined the CWC in 1997 and was initially expected to destroy its chemical weapons stockpiles by December 31, 2018.