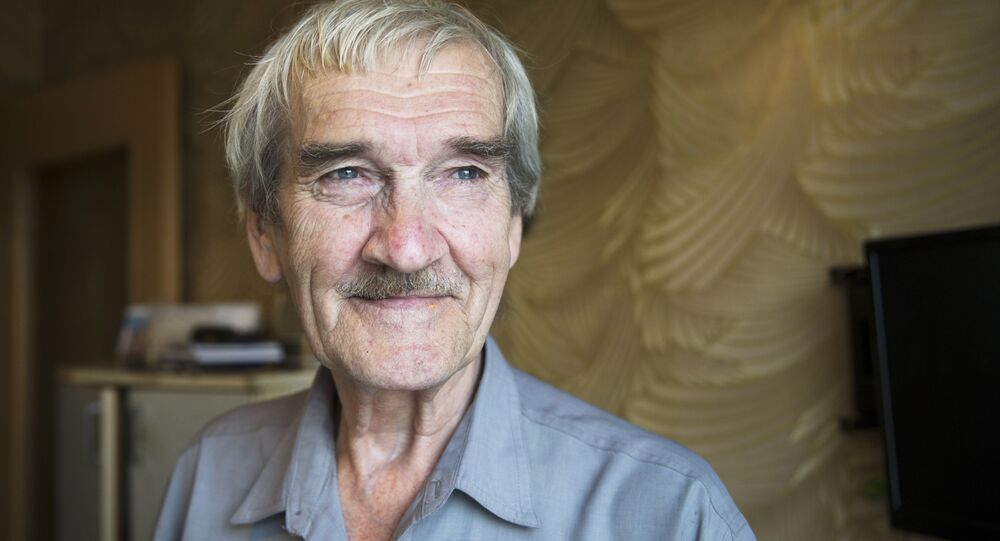 So Long, and Thank You: 'The Man Who Saved the World' Dies Aged 77

Since his story emerged in 1998, Stanislav Petrov has been known as "the man who saved the world." Now he has died, aged 77, but what did he do to earn such a sobriquet?

Stanislav Petrov, who was the officer in charge of an early warning center outside Moscow, died at the age of 77 in May, but his death was only reported on Monday, September 18.

On September 26, 1983 Petrov used his initiative when others would have followed protocol, and by doing so he prevented a nuclear war.

You might not know his name, but Stanislav Petrov may be responsible for you being alive today. https://t.co/ZNRnQb9yz8

The Cold War was at its height and the Soviet Union and the United States were only seconds away from mutual nuclear obliteration.

© AP Photo
On This Day in 1963: Hotline Between Washington and Moscow Established

A few weeks earlier a South Korean airliner had been shot down after it strayed into Soviet airspace in the Russian Far East and Ronald Reagan was the most belligerent US president for years.

Suddenly, just after midnight, the control panel lit up with a report that the US had launched five nuclear missiles aimed at the Soviet Union.

Petrov's duty was to report the incoming missiles to his superiors, who would almost certainly have ordered a snap retaliatory strike, triggering mutual destruction and untold global devastation.

"All I had to do was to reach for the phone; to raise the direct line to our top commanders — but I couldn't move. I felt like I was sitting on a hot frying pan," he said in an interview many years later.

The shrewd 44-year-old decided it was an equipment malfunction and decided not to notify his superiors.

He was right. It later turned out that a monitoring satellite had been confused by sunlight reflecting off high-altitude clouds.

Petrov was not disciplined or promoted for his decision and the incident remained shrouded in secrecy until 1998. By then he had retired with the rank of lieutenant colonel.

But when the story finally went public his actions were praised worldwide and he became known as "the man who saved the world."

Lieutenant Colonel Stanislav Petrov, the Soviet missile officer who prevented nuclear war in '83, has died at 77.

Pour one out, fellas.

​He received several international awards, including the Dresden Prize, which was awarded in 2013.

"I did nothing heroic, I don't feel like a hero. I just did my job and I like the way I did it," Petrov said at the awards ceremony.

Made the Right Call

Petrov later explained what lay behind his hunch.

He said the control panel showed only five missiles had been launched and he figured that if the US really were to attack the Soviet Union they would launch hundreds of missiles, not just five.

"Twenty-three minutes later I realized that nothing had happened. If there had been a real strike, then I would already know about it. It was such a relief," he said in a 2013 interview.

Perhaps it was apt that even his death — in the town of Fryazino, near Moscow, in May this year — went under the radar, and the news has only now emerged.