Moscow Reserves Right to Retaliate Over FBI Probe Into Sputnik

Russian Foreign Ministry spokeswoman Maria Zakharova has commented on the FBI questioning of a former Sputnik employee as part of a probe into the news agency's activities.

The Russian Foreign Ministry spokeswoman said that Moscow reserves the right to retaliate over the FBI investigation into Sputnik news agency.

"We reserve the right to respond to the outrageous actions of the American side," Maria Zakharova said.

Maria Zakharova called the FBI questioning of a former Sputnik employee "unacceptable" for a democratic state.

US' pressure on Sputnik is an "obvious" violation of Washington's obigations as the US is "posing as the protector of free speech", she stressed.

"The pressure of the US authorities on the Russian news agency is an obvious violation of international commitments regarding the freedom of expression and media activities. Such an unjustified move by the United States is unacceptable for a democratic state," the  representative of the Russian Foreign Ministry said.

Zakharova's statement comes as it was reported earlier this week that the US Federal Bureau of Investigation (FBI) questioned former Sputnik employee Andrew Feinberg as part of the investigation of reports that the agency allegedly acted as a Russian propaganda agency in violation of the US Foreign Agents Act (FARA). At the same time, the portal claimed that the FBI also received access to Sputnik's working correspondence of Feinberg and another former employee of the agency's Washington bureau, Joseph John Fionda. 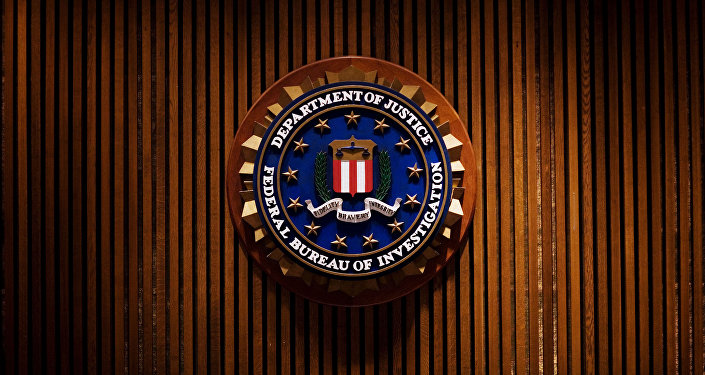 © AFP 2019 / Mandel Ngan
'If in Doubt, Bash Russia': Why FBI Probe Into Sputnik Echoes Cold War
The Kremlin said that the FBI probe into Sputnik indicates serious censorship problems in the United States, describing the action as a move contradicting pluralism and freedom of the press.

The FBI itself did not respond to the official inquiry on whether it conducted an investigation against the agency within two days, Mindia Gavasheli, editor-in-chief of the Sputnik Bureau in Washington DC, said. Meanwhile, Sputnik Editor-in-Chief Margarita Simonyan slammed the FBI interrogation of Sputnik's ex-employee and said that Russia will respond if an investigation is launched.

Earlier, a bill was submitted to the House of Representatives of the US Congress to amend requirements for registration of foreign agents under the FARA. The project involves the allocation of additional powers to the US Department of Justice, which includes the FBI, to identify and prosecute organizations that "illegally" try to influence the political processes in the United States.