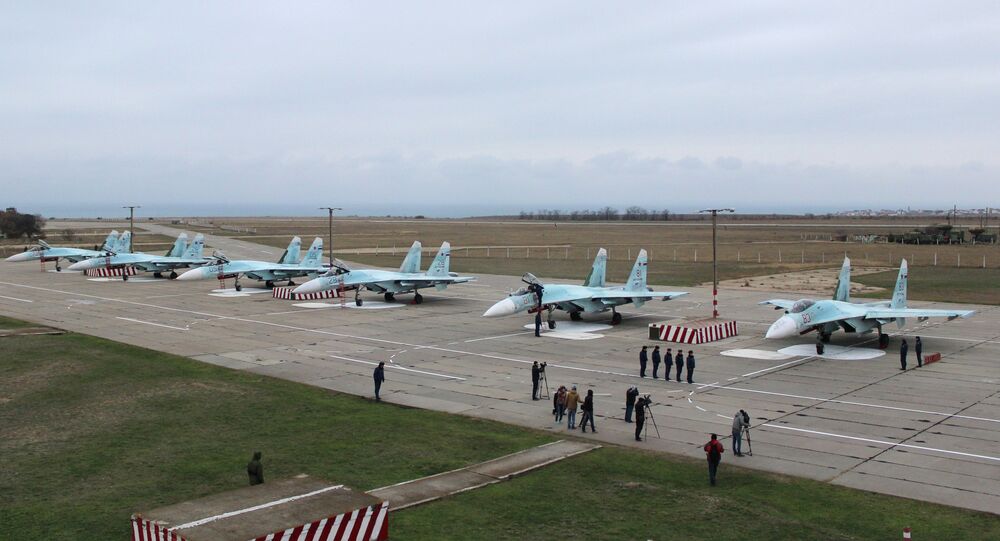 "Today, during the tactical flight training of units of Black Sea Fleet Naval Air Force, servicemen of the Southern Military District's Air Force and Air Defense Force, deployed in Crimea, the pilots accomplished tasks to hit aerial and land targets in the area near the Opuk range," Trukhachev said.