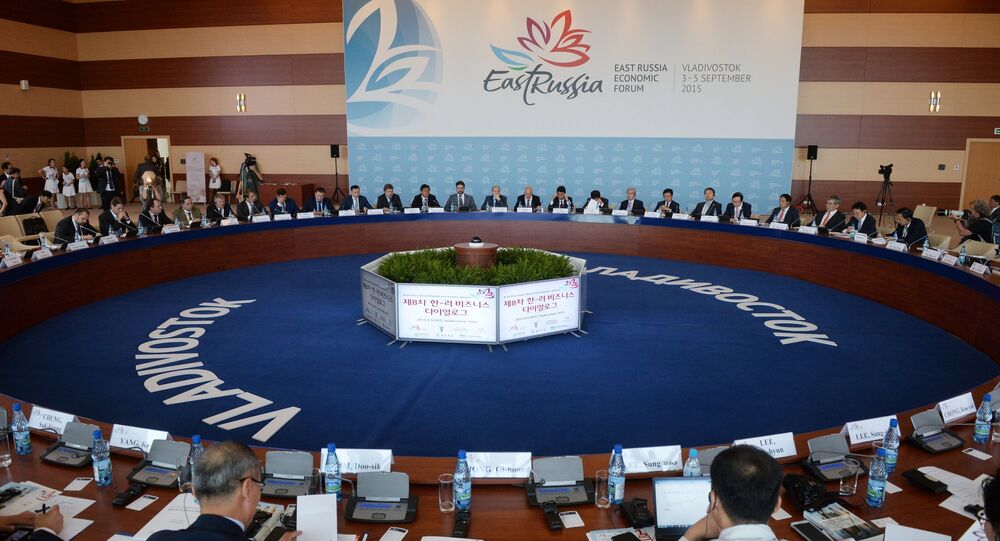 Foreign investors are satisfied with Russia's initiatives aimed at improving the investment climate of the country's Far East, the RDIF CEO of the said Wednesday.

"Investors have a positive view of the measures taken by Yuri Trutnev [the Russian presidential plenipotentiary envoy to the Far Eastern Federal District] and his team in promoting the investment appeal of the Far East," Dmitriev told reporters.

© Sputnik / Igor Ageyenko
BRICS Member States Express Interest in Eurasia High-Speed Railway
Earlier in the day, Trutnev said that Russia's Far Eastern region was ready to cooperate with the countries of the Pacific Rim. He also thanked the investors from Japan, Korea, China and India which believed in the potential of the region. He added that the Russian authorities will seek to ensure the success of all the investment projects in the Far East.

The two-day EEF kicked off in Vladivostok earlier in the day. The forum is being attended by a number of world leaders, including Russian President Vladimir Putin, his South Korean counterpart Moon Jae-in, as well as Japanese Prime Minister Shinzo Abe. The Rossiya Segodnya International Information Agency is a general media partner of the forum.