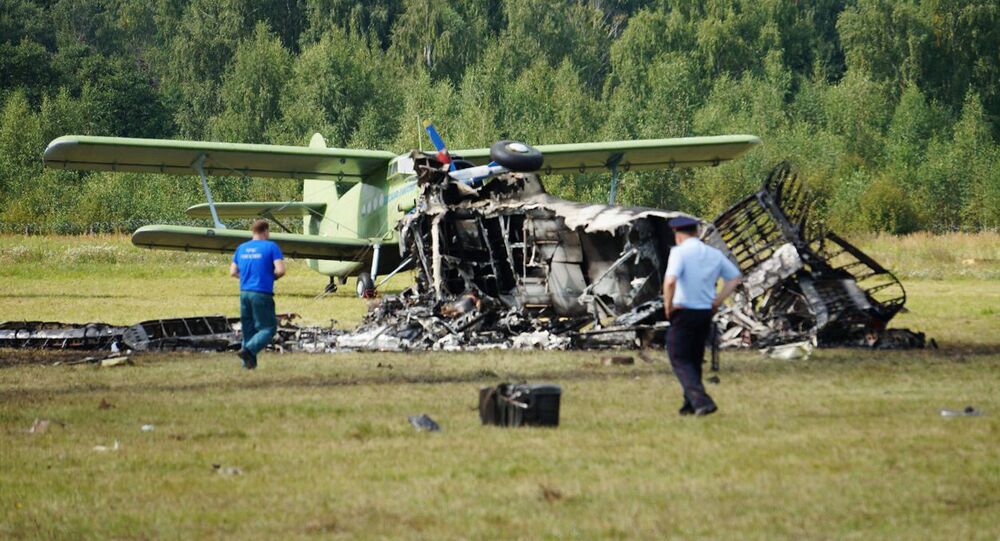 An An-2 small plane crashed during a demonstration flight in Balashikha, Moscow region, local emergency services report. At least two people were killed.

"A plane performed a demonstration flight at low altitude. The pilot lost control, as a result the An-2 with two people on board hit the ground," Russian media report citing a source in emergency services.

According to the source, the plane collapsed and caught fire during. The two people on board died.

​The reason for the plane crash at the Balashikha airshow is thought to be pilot error while performing the aerobatics maneuvers.

"The pilots performed aerobatics figures. A mistake was allegedly made when they performed a dead loop," the source added.