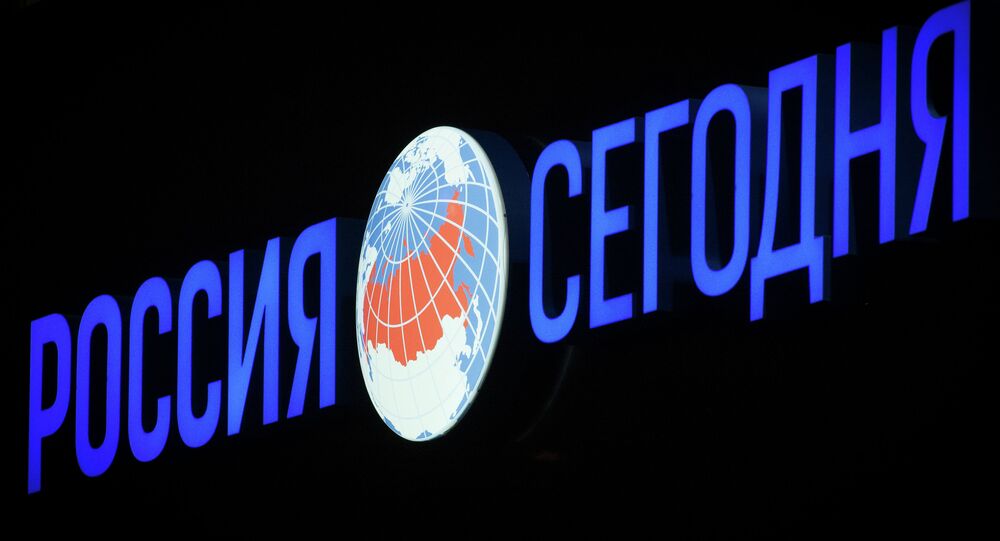 © Sputnik
Rossiya Segodnya Editor-in-Chief Thanks EFJ Head for Standing Up for News Agency
TALLINN (Sputnik) — Three Rossiya Segodnya reporters were denied accreditation for the meeting scheduled for September 7-8 without explanation of reasons. The agency has for the first time faced such restrictions in getting access to coverage of ministerial level events under the aegis of the European Union.

"The Estonian state’s war on the Russian media seems to be exceeding all possible thresholds. There are numerous examples of this. The latest in this list is the refusal to accredit journalists for the informal meeting of the EU countries’ foreign ministers, which is set to be held on September 7-8 in Tallinn," the embassy's statement, obtained by Sputnik, said.

The embassy also noted Brussels' failure to recognize that the rights of Russian media staff have been infringed on since Estonia assumed the presidency in the Council of Europe in the second half of 2017, which "undermines the EU authority."

The embassy recalled that in February the Estonian propastop.ee website made public the list of media entities engaged in so-called anti-Estonian propaganda. The list involves the Sputnik news agency, VGTRK television and the RT broadcaster.

Earlier Wednesday, the Office of the Organization for Security and Co-operation in Europe (OSCE) Representative on Freedom of the Media called on Estonia to reconsider its decision to deny accreditation to Russian journalists.