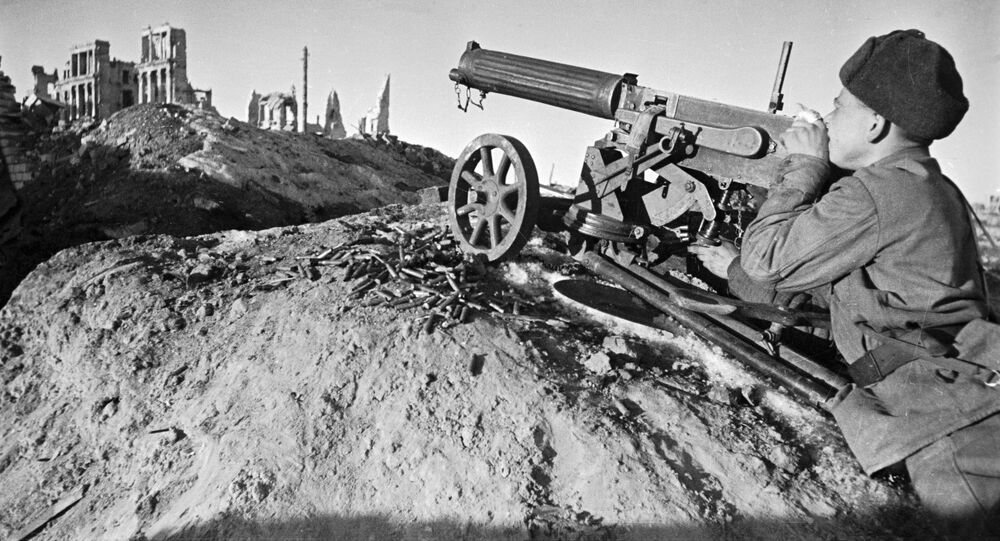 On the occasion of the 75th anniversary of the victory of the Red Army over Nazis in Stalingrad, secret documents about the battle that changed the course of the war have been made public.

The documents were released by the Russian Ministry of Defense and include not only various Soviet documents, but also reports from the Wehrmacht's General Staff.

One of the Wehrmacht's reports describes what Nazi Germany knew about the position of the Soviet troops as well as the types of the Soviet Army's armaments.

"The enemy's behavior in the Stalingrad region has remained unchanged. The enemy attacked 14 Tank Corps and 8th Army Corps between Volga and Don using strong infantry and armored forces," the document said.

Another secret document from Nazi Germany reported on the situation in the besieged city. In particular, it said that the Red Army had created a special storm force to attack the Germans.

"A blow from the storm force is short, its actions are fast and insolent. The nature of the storm force is determined by the character of the city battle which is a battle in close quarters: the attack implies the seizure of fortified houses, buildings and objects that are used by the enemy as fortifications and military bases," the document says.

Furthermore, the document describes the work of snipers who were hiding on cranes and in chimneys, and were systematically destroying the defense forces of the Wehrmacht. According to the document, Soviet snipers killed some 10,000 German officers and soldiers in Stalingrad. One of the most famous snipers was Vasily Grigorievich Zaitsev, who killed 240 German soldiers in the first three months of the battle for the beleaguered city.

Another document published is a Soviet leaflet written in German.

"You have been standing before Stalingrad for one month. What have you achieved? Tens of thousands of Germans have fallen in front of Stalingrad, but the city remains and will remain a Soviet city. Stalingrad means Volga. And Volga is a part of Soviet Russia. The freedom-loving Russian people will never give Stalingrad and the Volga River away. It [the Russian people] will never sink to its knees before the intruder — fascist Germany," the document said.

The Battle of Stalingrad was a major battle of World War II. The Nazi army attacked the Soviet city and tried to maintain it under its control. The battle lasted from July 17, 1942, until February 2, 1943, and ended with the defeat of the German forces. The Soviet Union suffered over 1.1 million casualties during the fighting and the siege of the city.

'Even the Stones Burned': 75th Anniversary of the Massed Bombing of Stalingrad