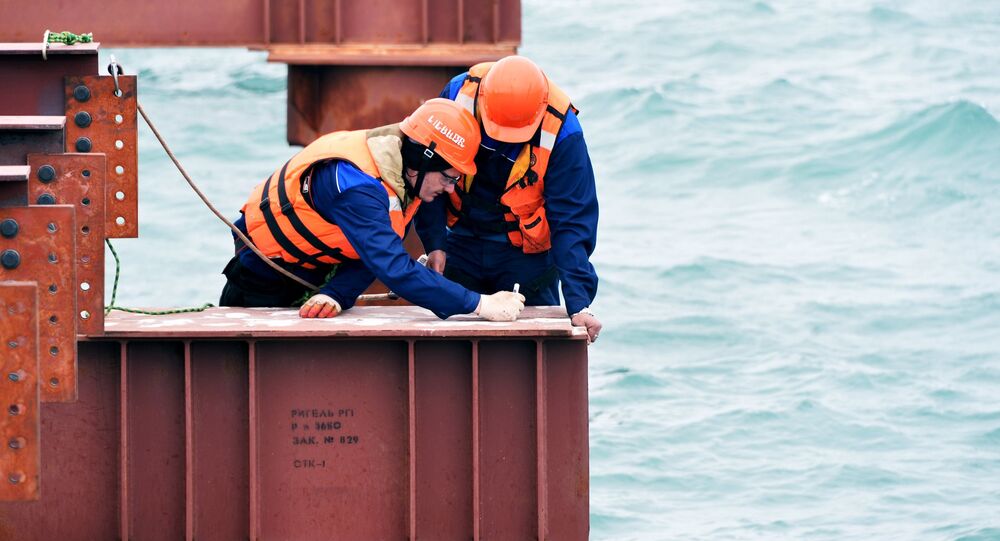 The freighter “Saint Alexy” has been the first ship to sail under the giant railway arch in the channel between Russia’s southern Krasnodar Region and Crimea as a 19km (12-mile) road-rail bridge takes shape, Crimean Bridge news center reported.

“We’ve been watching this construction from day one. This is a mindboggling effort that will go down in history, the ship’s Captain, Yury Silayev said.

The “Saint Alexy” was en route from the Sea of Azov to the Black Sea.

After a 5,000-ton road arch has been brought in and also installed, there will be two fairway arches rising above the water of the Kerch Strait that separates Russia’s southern Krasnodar region from the Crimean peninsula.

The bridge will not impede shipping, as it will stand 35 meters above the water.

Road traffic along the Crimea Bridge, the longest in Russia, is scheduled to commence in December.